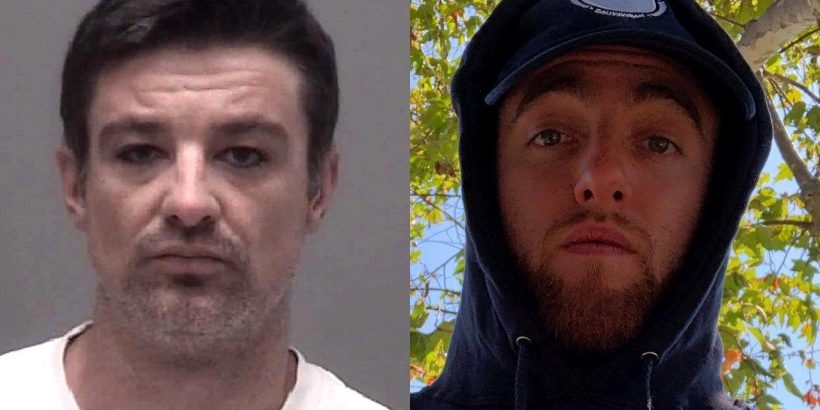 Ryan Michael Reavis, who claims that he was just a middle man, gets 10 years and 11 months behind bars after initially asking for a shorter 5-year sentence.

AceShowbiz –Mac Miller‘s drug dealer has been sentenced to nearly 11 years in prison. Ryan Michael Reavis, one of the three men charged for supplying fentanyl-laced pills to the rapper leading to his fatal overdose, will be spending 10 years and 11 months behind bars.

The sentence is more than twice longer than what Ryan sought after he pleaded guilty to one felony count of distributing fentanyl, but shorter than what the prosecutors asked. The 39-year-old himself asked for 5-year sentence, claiming he was just a middle man and had no idea the pills he helped distribute were laced. Prosecutors, meanwhile, requested his sentence be 12 and a half years.

Before the judge handed out the sentence on Monday, April 18, Mac’s mother Karen Meyers addressed the court. “My life went dark the moment Malcolm left his world. Malcolm was my person, more than a son. We had a bond and kinship that was deep and special and irreplaceable. We spoke nearly every day about everything – his life, plans, music, dreams,” she said.

Karen insisted, “He would never knowingly take a pill with fentanyl, ever. He wanted to live and was excited about the future.” She added about how the loss of her son has greatly affected her, “The hole in my heart will always be there.”

Ryan also spoke before his sentencing. “This is not just a regular drug case. Somebody died, and a family is never going to get their son back. My family would be wrecked if it was me. They’d never be all right, never truly get over it,” he told the court.

“I think about that all the time. And I know that whatever happens today, I’m the lucky one because my family is here and I’m here and I’ll be with them again. I feel terrible. This is not who I am,” so he claimed. “My perspective has changed. My heart has changed.”

Ryan pleaded guilty to one count of distributing fentanyl in November 2021. According to the plea agreement, Ryan supplied counterfeit oxycodone pills to co-defendant Cameron James Pettit. Cameron later sold the pills and other drugs to Miller, who suffered a fatal overdose two days later on September 7, 2018.

Another co-defendant, Stephen Andrew Walter, also pleaded guilty to one count of distribution of fentanyl in October, but he has not been sentenced yet. The case for Cameron, meanwhile, is still ongoing.