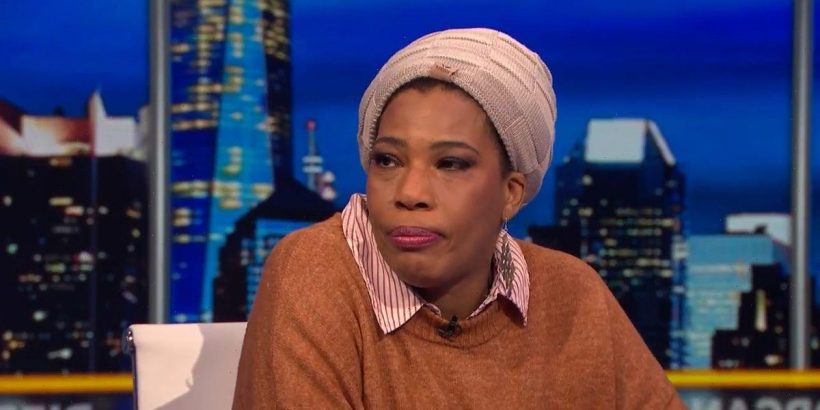 Macy Gray tackled the topic of trans-rights during an appearance on Piers Morgan's TalkTV show on Monday night, admitting that she knew her views would not be popular before declaring "just because you go and change your parts doesn't make you a woman."

The singer, 54, told Piers that she knew people "will hate me for saying this," adding: "I know that for a fact."

Macy added: "A woman goes through a completely unique experience and surgery and finding yourself doesn't change that. Being a little girl is a whole epic book, you know? You can't have that just because you want to be a woman."

Startled by her honesty, Piers, 57, told Macy that most public figures would be too scared to says "what a woman is".

Macy agreed, saying: "I know! I would say a human being with boobs. How about you start there? And a vagina."

The duo then moved on to discuss transgender women in sport, with host Piers saying: "I support all trans rights to fairness and equality."

However, he then added that he doesn't support transgender people with so-called "physical superior bodies" who compete in women's sports.

The former Good Morning Britain host moved on to point out that Harry Potter author JK Rowling had been criticised for her views on trans women.

Macy responded: "But it's the truth. I don't think you should be called transphobic just because you don't agree… there is a lot of judgement and throwing stones at people for just saying what it is, do you know what I mean?"

The interview – which fell on 4th July – also saw the pair discuss Macy's desire to redesign the American flag so that it reflects "diversity and culture".

"So that way you look up to the flag, you feel welcome, you feel included, you feel like you belong there."

Macy added that the current US flag "was conceptualised" at a time of war, stating: "That was not a thing we celebrate, a flag that represents war."

She said: "It's not that it's about white people, it's just that everything is different than when Lincoln was President.

Mermaids is a charity that specialises in supporting transgender, nonbinary and gender-diverse children, young people, and their families.