Madonna has voiced her support for Britney Spears amid her conservatorship battle. The “Like a Prayer” singer, 62, shared an Instagram Story on July 8 and lambasted the legal arrangement, calling it a “violation of human rights.” Madonna shared the message against the backdrop of a throwback photo of herself in a bedazzled Britney t-shirt and pink fuzzy boa.

“Give this woman her life back,” Madonna wrote. “Slavery was abolished so long ago! Death to the greedy patriarchy that has been doing this to women for centuries.” The singer added, “This is a violation of human rights! Britney we coming to get you out of jail!”

The support is mutual: the duo shared an infamous moment with fellow pop star Christina Aguilera in the early aughts. On stage at the 2003 MTV Video Music Awards, the trio shared a passionate kiss during a performance. In an interview with Harper’s Bazaar in 2011, Britney looked back at the moment and gushed about the star. “I actually saw [Madonna] a couple of weeks ago at a party,” she said. “I guess she’s really taught me to stay true to myself. That seems like a simple thing to say, but she taught me through action, not just by saying it. There are so many people around you that have opinions, but you just have to listen to your instincts.” 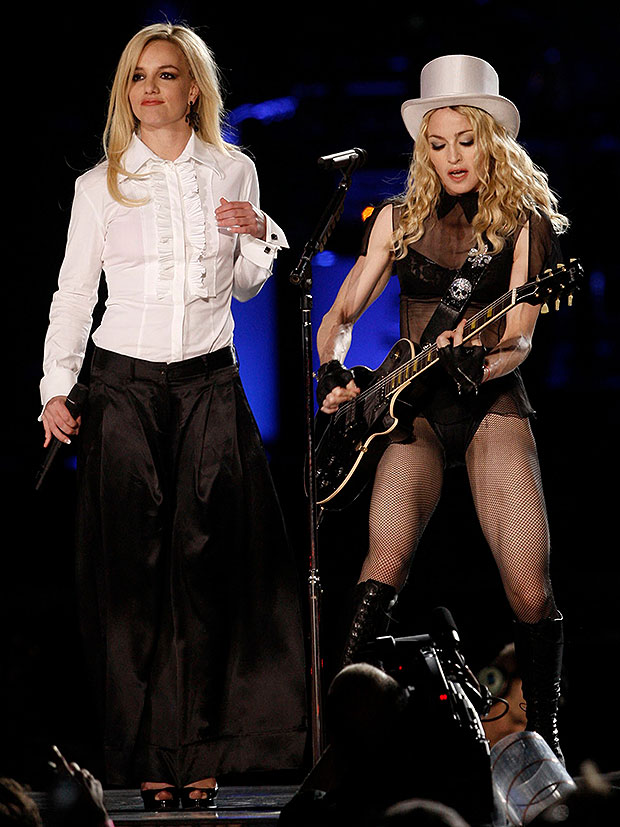 Madonna joins a chorus of other celebrities who have rallied behind Britney. Mariah Carey, Brandy, Justin Timberlake, and Miley Cyrus have also expressed their support.