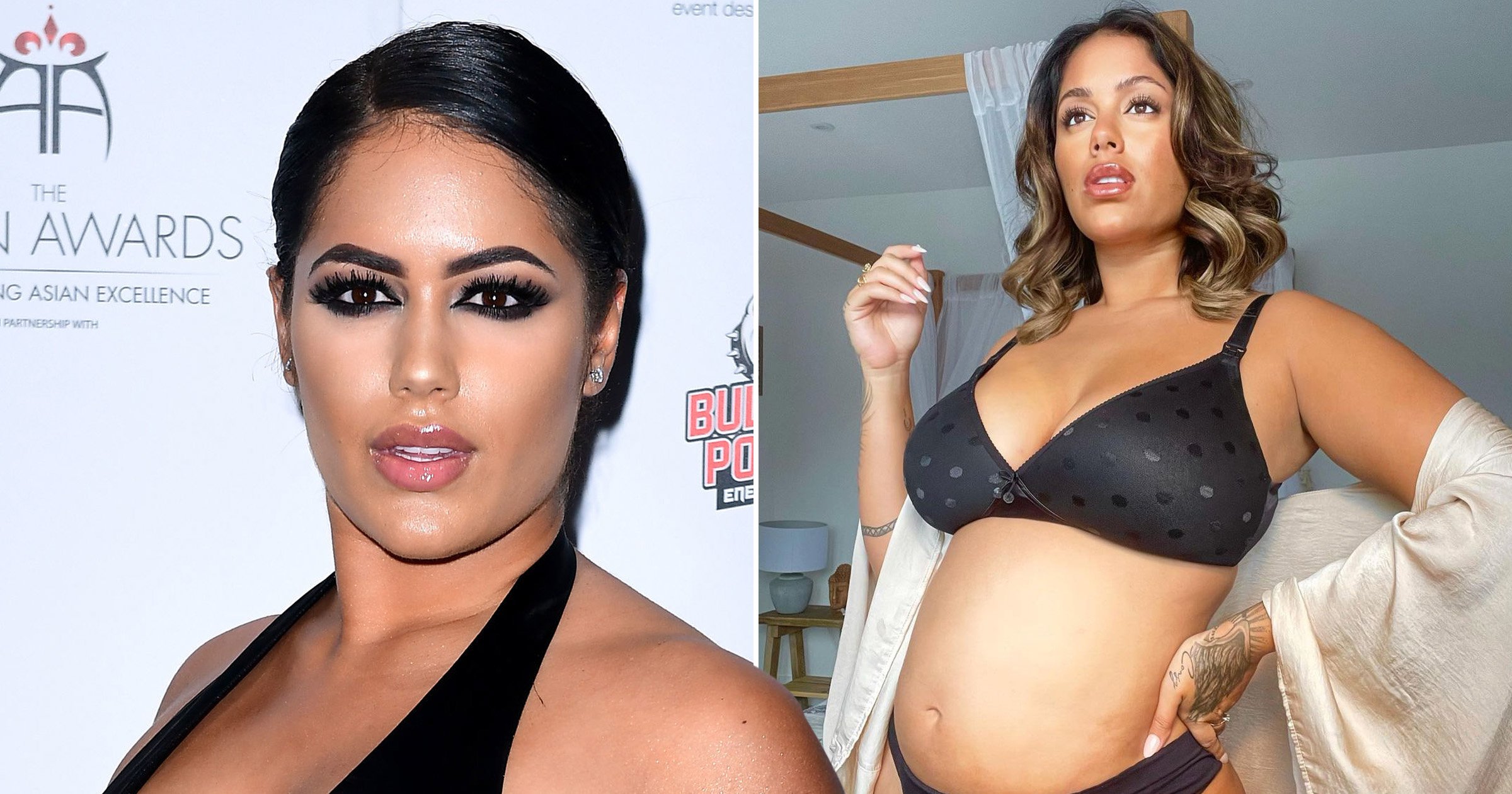 Malin Andersson has revealed she was taken to hospital over concerns about her unborn baby after she began to experience bleeding.

The former Love Island star is currently pregnant and expecting a baby with boyfriend Jared.

It comes more than two years after the death of her first child, daughter Consy, who was born premature before dying weeks later. Malin also suffered a miscarriage earlier this year.

On Sunday, the reality star apologised for her brief absence on social media and revealed she had a pregnancy scare.

‘Me and baby are absolutely fine but had a little scare as I was bleeding yesterday and I didn’t have much movement. But after being checked out all is okay.’

Malin added in her Instagram stories: ‘I thought to myself. Nope. This is definitely not happening. Not this time.

‘Angels have got us for sure. Pregnancy after loss is so difficult. Not gonna lie to you all.’

The TV star announced her baby news on August 1 with a photo of her and her partner making heart shapes with their hands over her stomach.

In the caption, she said: ‘My next chapter. My new beginning. My happy ending. My entire universe. All mine.

‘Everything I’ve ever wanted, everything I visualised. A solid partner in my life, who has been there in the background – witnessed my life over the past 4 years and has stuck by me as a friend.. and now a lover. This couldn’t feel any more right – and we’re now bringing a beautiful soul into this world.’

She added: ‘My heart feels electric writing this, my eyes tearing up.. because I can promise you all there was once upon a time I never thought I could experience this. I was wrong.

‘It just wasn’t the right time. All the pain I’ve endured has led to this very moment.. my own little family.’

Malin later described her second child as her ‘rainbow baby’ and admitted she was ‘hesitant’ on sharing her pregnancy publicly at first.