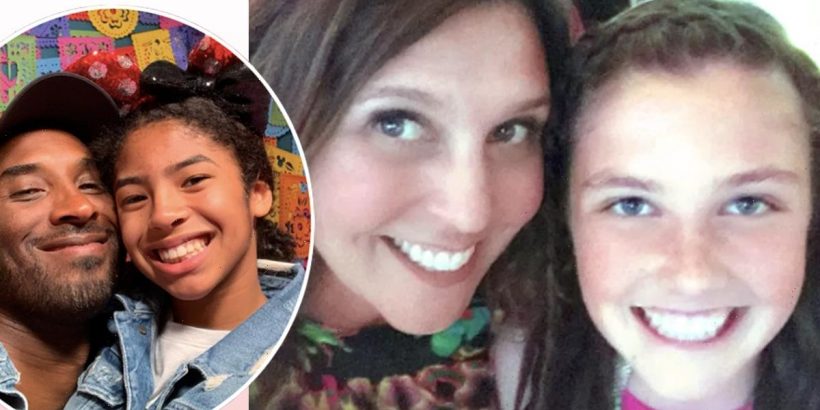 More testimonies have come to light in the Kobe Bryant photo trial and boy, it’s rough…

If you’ve been keeping up, you know Vanessa Bryant is suing Los Angeles County and other defendants after it came to light that first responders at the scene of the helicopter crash allegedly took photos of the bodily remains for reasons not related to the investigation. We previously reported bar patron, Ralph Mendez Jr., blew the whistle when he claimed to see deputy trainee Joey Cruz showing former bartender, Victor Gutierrez, the personal photographs he took. Vanessa eventually outed the officers who took the snapshots and has continued to claim that she lives in fear that one day her children will see them. Now, another man who was widowed by the crash is joining the lawsuit.

Chris Chester tragically lost his wife Sarah and daughter Payton in the January 2020 incident, and is now taking to the stand to speak his piece on the matter. The father of three, who in addition to Payton has two twin boys, recounted in his Thursday testimony that his daughter was “quite an accomplished basketball player” alongside Gianna Bryant on their team. He revealed that the weekend of the crash, he and Sarah came up with a deal to accommodate all of their children’s sports schedules: she would go with Payton to her basketball game, while Chris would take the twins to their lacrosse tournament. He remembered giving a brief goodbye that final morning without knowing it would be the last time he’d see them:

“Payton and I had a very close relationship. I gave her my rah-rah speech.”

He says he then kissed his wife and told them “I’d see them tonight.”

The grieving husband and father noted that was the last time they ever spoke, adding they would typically text throughout the day but was unable to reach them, causing a bit of worry. He explained he called Kobe’s assistant, who also claimed to not be able to get in contact with them. At that point, Chris left his sons’ lacrosse game and drove out to the Lost Hills sheriff station in LA County. During his drive is when news of the fateful crash broke, explaining in his testimony:

“Lots of things were going through my head, but I thought I was going to a hospital.”

He believed that his wife and daughter would be injured, but still alive. Sadly, he “started to get an eery feeling” when the police station was uncharacteristically quiet. He was then taken to the crash site along with the other families, including Vanessa, where they were all told the news there were no survivors. He noted:

“It was heavy. My life will never be the same.”

Chris then explained that he spoke with the coroner about identifying the bodies, to which the coroner told him “it’s not something you or anyone wants to see.” So tragic.

He then revealed he was assured all photos taken by both the coroner and the National Transportation Safety Board would be secured, so when news hit that there were pics of the crash being publicly shared — on his birthday, no less — “it didn’t seem plausible.” This news shifted his feelings of “an empty sadness” to anger and disbelief. He noted:

“It was clearly something that brought the whole thing back.”

Since then, Chris claimed to be living with high levels of anxiety at the thought of the photos leaking and overall depression, explaining:

“I didn’t even think they’d have photos. It never crossed my mind in my wildest imagination that sheriffs with cell phones would take photos and then share them.”

He continued that it was “especially distressing” that there was so little certainty the photos wouldn’t get out, even though he was already promised so, saying:

“It’s fearful, the level of unknowns. I’m fearful all the time every day.”

The father noted he just wants “justice and accountability” in the wake of the desecration, concluding his testimony by stating:

“I’m thankful every day that I gave Sarah a kiss that morning and said ‘I love you.’ The grief of losing a child…you’re not supposed to outlive your kids.”

“The inconsistencies, the level of uncertainty, we still have no idea the extent of the photos’ dissemination. It seems there is a consistent theory that there are less and less photos every time someone gets up on the stand, first there were 100 and now there are 10.”

After receiving confirmation of his wife and daughter’s passing by scientific identification, he remembered saying:

“I told Sarah to take care of Payton, and I got the boys. I’ll see you on the other side.”

Heavy stuff. We hope the justice he is looking for is served.