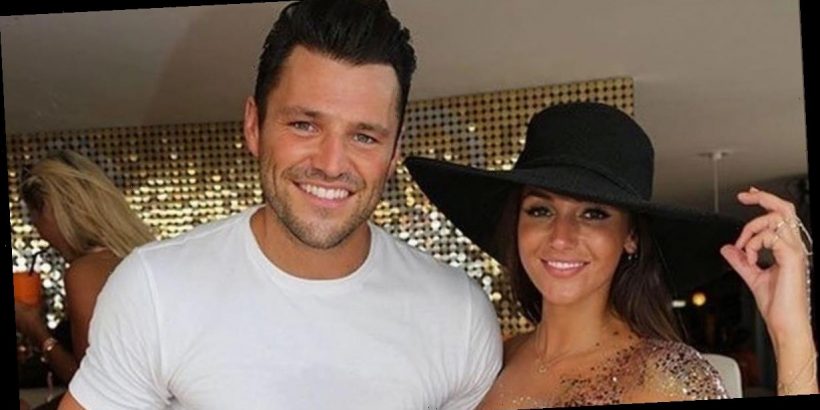 The former TOWIE star has reportedly realised what is ‘important’ following a tough year which saw six of his relatives battle Covid.

After losing his 66-year-old uncle Edward to the virus in March, Mark, 34, has said his family will ‘never be the same again’.

The presenter also revealed that alongside his uncle Eddie, who’s son is reality star Elliot Wright, his parents, Mark. Snr, 64, and Carol, 60, his grandparents and another uncle called Georgie, 62, tested positive coronavirus.

Speaking exclusively to OK!, a source said that going through this heartache has made Mark realise how essential it is to make the most of every moment with his wife, Michelle.

“The whole family were torn apart by Eddie’s death,” the source explained. “And it particularly affected Mark because they were so close.”

“It’s been a devastating time,” they continued. “It’s made him realise that he wants to spend more time at home with Michelle.”

“This is the time for him and Michelle to really spend some quality time together,” said the source.

The couple, who married in 2015, were living relatively separate lives while Mark took up presenting in the US, until he left the job to move back to the UK with Michelle in 2019.

“They were separate for so long – while he was away in LA presenting and she was away filming on location,” the source explained to OK!.

“They’ve been so apart throughout their marriage – and not many can survive that,” they went on. “It was tough. But this is time for him to be more settled. Especially now they’re building their dream home.”

While telling us about the sweet pair’s dream home, the insider informed us that Mark is ready to have children with Our Girl star, Michelle.

“Mark now thinks this is the time for family and what’s important. He’s really hands-on with his dream home,” the insider said. “He just wants to spend a lot more time at home and enjoy quality family time.”

The couple looked as loved up as ever recently, as they took a break from upscaling their new pad and strolled through the streets of Essex together.