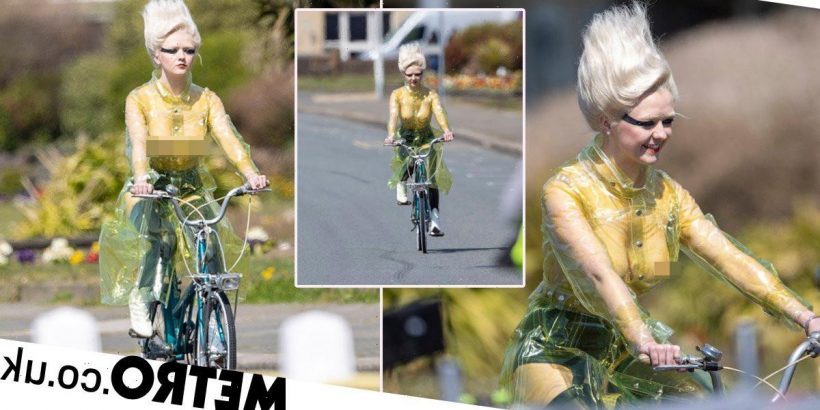 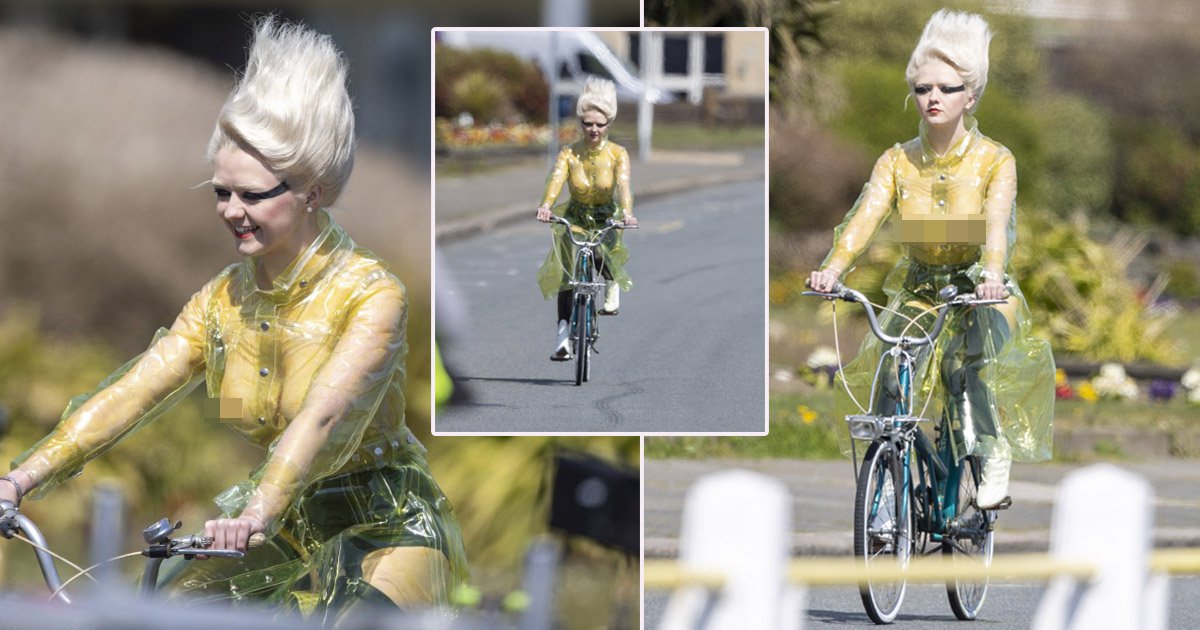 Game of Thrones star Maisie Williams turned heads on the Dover seafront this week as she filmed the new Sex Pistols television series.

The actress, 23, went without a bra and wore a transparent yellow PVC coat and black suspenders as she rode a bike in the sunshine.

The star’s white hair stood on end as she transformed into punk model Pamela Rooke for the Danny Boyle biopic.

Maisie is portraying Pamela, who was known for working with Vivienne Westwood and at London’s Sex boutique in the 1970s, in the film.

The six-part series called Pistol is based on the band’s bassist Steve Jones’ memoir.

Sydney Chandler will also appear as Pretenders star Chrissie Hynde who had an affair with Steve at the height of the Sex Pistols’ fame.

In a recent announcement about the series, Danny Boyle said: ‘Imagine breaking into the world of The Crown and Downton Abbey with your mates and screaming your songs and your fury at all they represent.

‘This is the moment that British society and culture changed forever.

‘It is the detonation point for British street culture, where ordinary young people had the stage and vented their fury and their fashion and everyone had to watch and listen and everyone feared them or followed them.’

He added: ‘The Sex Pistols. At its centre was a young, charming, illiterate kleptomaniac – a hero for the times – Steve Jones, who became, in his own words, the 94th greatest guitarist of all time. This is how he got there.’