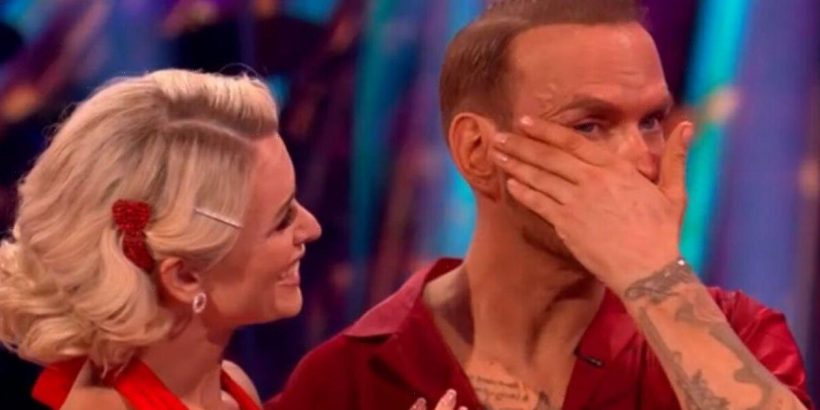 Matt Goss, 54, was the third contestant to be voted off Strictly Come Dancing, with the singer in tears as he spoke to Tess Daly. The Bros star has now taken to Twitter to thank his fans for their support, while also responding to ‘hateful’ messages he has received since his Strictly debut.

We are all complex, thank you for recognizing my heart.

Matt shared his thanks to his 130,200 Twitter followers in the early hours this morning after being voted off Strictly the evening before.

He wrote: “Just taking the day to decompress. I came on social media not knowing what to expect and I am completely humbled, and to be honest with you, very emotional at the outpouring and kindness that I have received.

“We are all complex, thank you for recognizing my heart.”

He continued: “@BBCStrictly was out of my comfort zone but I did gain so much from the experience. This moment alone… reading your comments has given me a sense of deep comfort.

“It was an incredibly big decision to come back to the UK. Thank you for making me feel like I’m home.”

Matt, who left his life in Las Vegas behind for Strictly, then made sure in a separate message to thank his dance partner Nadiya Bychkova for “her continued grace and patience”.

It read: “Thanks @NadiyaBychkova for your continued grace & patience. Not only are you a World Champion, you’re a world class teacher! If any of you see me out & about please come say hello.

“Tonight definitely feels like I have an extended family. My deepest love & thanks, Matt #Strictly.”

The singer’s loyal fans rushed to the comments to share their support following the heavy criticism Matt had received since making his Strictly debut.

Sammysimsim said: “If the UK showed some love and support for Matt Goss he might not be so nervous.

“The US showed him love for many years, he comes home and gets insults and hate. #mattgoss #bekind #StrictlyComeDancing.”

Jodiavery17 added: “We met @mattgoss while walking through the shops in Vegas.

“He is so down to earth, lovely and not one bit big headed. In fact he seemed the opposite and actually quite shy.”

Matt replied to the kind comments with an “Xo”, thanking his fans for their support, while many fumed over Kym Marsh being in the dance off.

Twitter user FlopsyPickle wrote: “Honestly the public are a bloody nightmare! How on earth is Tony safe but Kym is in the dance off?”

This comes as Matt’s dance partner made sure to stick up for him against critics as he teared up when talking to host Tess after he knew he had been voted off.

When asked if she had any words for her partner, an emotional Nadiya said: “First I’m so grateful that I got to teach and dance with a music icon. But, more important than this, I got the privilege to get to know Matt, for who you really are.”

She added: “Not many people know you and you’re a beautiful soul, very kind human and a real gentleman.”

Tess also told him: “We’ve absolutely loved having you. On behalf of all the Bros fans all over the world, it’s been an honour to have you with us.”

With three judges voting to save Kym and her partner Graziano Di Prima, it meant they had won the majority vote and would be staying in the competition regardless, however, head judge Shirley also said she would have saved them.

You can watch Strictly Come Dancing on Saturday at 6.30pm on BBC One