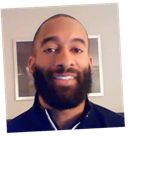 That’s the only question that matters right now.

We think we know the answer (below), but we can’t say for absolute certain at the moment.

On Tuesday, February 2, the latest Bachelor appeared on Good Morning America to talk openly about his journey so far, most notably the bombshell episode that featured him eliminating two harsh bullies, Anna and Victoria.

Before we get to what he said during the interview, however, we need to focus on what James said at the end the interview.

“We’ll see you back here with your fiancée in a couple of weeks,” anchor T.J. Holmes said to James right before concluding the chat.

The reality star the replied as follows: “I’m looking forward to that.”

See. There it is. Matt will return down the line with his fiancée.

James happily when along with this label, strongly implying that Season 25 will end with a proposal — and also that Matt is still with his apparent soulmate.

Heck, back in the Good Morning America studio, even anchor Robin Roberts gasped at Matt’s response and noted, “He didn’t deny it!

So… who will Matt choose to be his wife?

From what many The Bachelor spoilers have claimed, it will be Rachael Kirkconnell, who made a very strong impression on the ex-athlete this past Monday.

“And it is scary to say, but when I’m with you, it just feels right.”

Will Rachael earn that final rose? Only time, folks, will tell.

But we do know for sure that Victoria Larson will NOT… because Matt sent the cruel, self-proclaimed Queen home this week.

Does James have any regrets about his decision?

Nope. None at all.

“It was an easy [decision],” Matt told People Magazine yesterday, explaining that he learned about all the insults Victoria had hurled at other contestants and:

“When that information was made available to me about what was going on in the house, that type of name calling and just blatant lies and rumors is unacceptable.”

During the episode, James addressed all the women after suitor Katie Thurston alerted him to the “toxic environment” in the Pennsylvania last week.

“If you’re having to belittle someone else for you to shine, then those aren’t the qualities I’m looking for in my wife,” Matt told the remaining women at the time.

“When you break it down, any type of name-calling [is not OK],” the North Carolina native said on GMA on Tuesday.

Nearly every single viewer out there is glad that he did so.

“This opportunity doesn’t really allow for second chances. You’re on a crunch of time,” James added on GMA.

“When I see that my connection with you is starting to wither and I see signs that are not what I’m looking for in my wife at that time, then I’ve got to act on it and focus my energy and efforts on the women who I’m forming those strong connections with.

“When things come up, you’ve gotta handle them, and I think that’s what I did last night.

“Going forward, I think that we’re gonna have smooth sailing.”

The Bachelor Spoilers: We Know the Winner … and a Proposal Shocker!Start Gallery