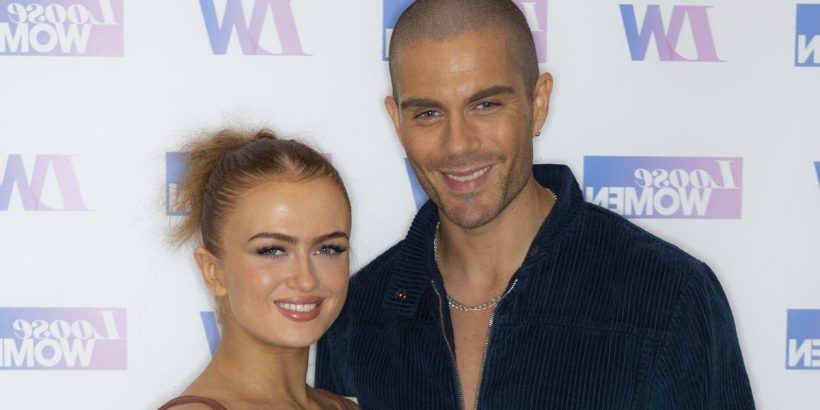 Max George sweetly supported his girlfriend Maisie Smith as the actress had her wisdom teeth removed.

Taking to Instagram to share a video of the 21 year old post-surgery, Max asked if she was okay as Maisie continued to hold a bag of ice against her face.

Mumbling in response due to the cotton in her mouth, Maisie replied: “She [the nurse] said I was really courageous", as Max, 34, agreed.

The loved-up pair appear to be going from strength to strength after embarking on a romance over the summer, and recently did their first TV appearance together.

Appearing on Loose Women on Thursday 1 December, Max and Maisie addressed some of the comments they’ve received in light of their 13-year age gap.

Maisie said: “The people that we allow in our lives are happy.”

She added that her mum approved of the relationship, saying: "Mam has never seen me so happy. That’s all that matters to me."

Max added: "It's a shame when headlines are written, I think they are trying to make it look like I've done something wrong.

"And I find that a little bit sad they do that, because it kind of drives people to jump on that.”

Maisie shared with the panel that Max was a “good friend” before they developed a romance, and they had “always had a nice bond”.

She explained: "We've known each other for two years. He's always been a good friend. I always get nervous for interviews.

"I remember I was pacing, thinking 'what if I could go blank?' He was the only person who could zen me. We've always had a nice bond and trust.”

Max also debuted a new tattoo he got in tribute to Maisie, made up of half of her face combined with the other half of a lion’s.

“Went in the deep end, didn’t I?” the singer joked. “It’s only little though.”

Maisie, 21, jumped in: ”I made sure he picked a nice picture. I was not turning round and it was some dodgy candid photo he’d taken of me, I picked the photo.”

“I would have been in trouble!” Max added.

His new ink comes shortly after Max appeared to have a tattoo of his ex Stacey Giggs’ name covered up.

The pair first began dating in 2020 and, over the course of their romance, singer Max got Stacey’s name tattooed across his wrist.

In a snap shared to Instagram in October however, the Glad You Came singer appeared to debut a new tattoo which looked to cover up Stacey’s name amid his blossoming romance with new girlfriend Maisie.