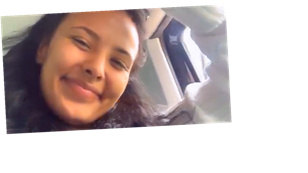 Maya Jama has faced backlash after sharing a video outside Buckingham Palace after the death of Prince Philip on Friday.

The TV presenter was branded “disrespectful” after driving past the palace and commenting on the death of the Duke of Edinburgh just hours after it was announced by Buckingham Palace.

Maya, 26, had filmed herself travelling by car when she saw crowds gathering to lay flowers outside the gates of the palace.

Turning to her driver she added: "Prince Philip died did you hear?"

Fans were quick to take to Twitter to hit out at the star, with one tweeting: “Maya Jama drives past Buckingham Palace after Prince Philip's death. Gobs***e. Complete & utter gobs***e.

“That man served in world war 2 & received a mention in despatches. Regardless of anyone’s views of the Royals show some respect.”

A second added: “So disrespectful!”

Others defended the presenter, with one writing: “I’ve watched Maya Jama’s story a lot, and still can’t see what you all find disrespectful!”

While another added: “Apologise for what? Saying a man is dead..? I dont get it. Some ppl so dramatic nowadays.”

It was announced at midday on Friday that Prince Philip had passed away at the age of 99.

The Queen announced her “deep sorrow” over the loss of her husband in a statement released by Buckingham Palace.

It read: “It is with deep sorrow that Her Majesty The Queen has announced the death of her beloved husband, His Royal Highness The Prince Philip, Duke of Edinburgh.

"His Royal Highness passed away peacefully this morning at Windsor Castle. Further announcements will made in due course. The Royal Family join with people around the world in mourning his loss."