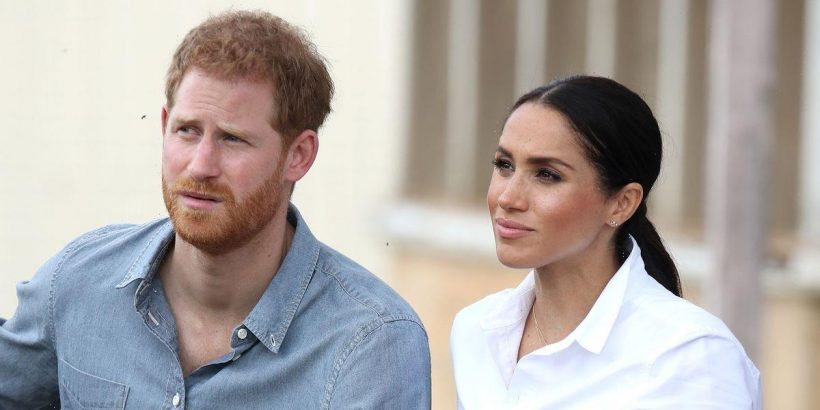 The 39 year old former Suits actress stepped down from her role as a senior working member of the Royal Family just two years short of her joining the fold.

Since she and husband Prince Harry, 36, jetted to the US to embark on their new life, pregnant Meghan has continued to use her royal title in her ongoing projects, including her recent children's book The Bench.

But, a source has now told heat magazine that Meghan, who confessed she didn't take her life as it would be unfair on her husband, is worried about losing her title.

The insider said of pregnant Meghan: "She's told Harry that they need to tone down the attacks on the royal family – she's afraid they'll take away their royal titles, which would be a PR disaster.

"Right now, she's inundated with offers, and that's in part to being a Duchess."

It comes after Prince Harry dropped a number of "truth bombs" of his time in the Royal Family in Dax Shepard's Armchair Expert podcast and the Duke of Sussex's mental health series, The Me You Can't See.

One dig from Prince Harry, which is said to have "deeply upset" The Queen, saw him pledge to "break to cycle of pain and suffering" as he discussed Prince Charles' parenting.

How to watch The Me You Can't See on Apple TV+?

You can watch the new documentary series, produced by Prince Harry and Oprah Winfrey, by signing up to Apple TV+ streaming service here. The new show, which will air on May 21, explores mental health and emotional well-being and includes featured interviews from Lady Gaga, Glenn Close, NBA star DeMar DeRozan and others about their experiences.

You can subscribe to Apple TV+ instantly for £4.99 a month or try the free 7-day trial, but remember to cancel before the trial ends to avoid getting charged the full subscription fee. Apple is also giving away Apple TV+ subscriptions for free for one year when you purchase a new iPhone, iPad, iPod touch, Apple TV or Mac. Find out more about the offer by visiting tv.apple.com.

This article contains affiliate links, we may receive a commission on any sales we generate from it.Learn more

When asked if he would raise his children in the "opposite direction" of his dad Prince Charles, 72, Harry said: "Isn't life about breaking the cycle?"

Prince Harry vowed to "break that cycle so that I don't pass it on, basically."

Expanding on this, he continued: "It's a lot of genetic pain and suffering that gets passed on anyway so we as parents should be doing the most we can to try and say, 'You know what, that happened to me, I'm going to make sure that doesn't happen to you'."

Prince Harry's relationship with dad Charles is said to be "hanging by a thread" now.

A royal source told The Sun: “Father and son relations are at their lowest ever point.

“Harry says he wants reconciliation, but has clearly decided to ­villainise his father. Charles is just at a loss about what to do.

“Harry doesn’t seem to take into account that parenting styles have radically changed over recent years, especially the role a father plays."