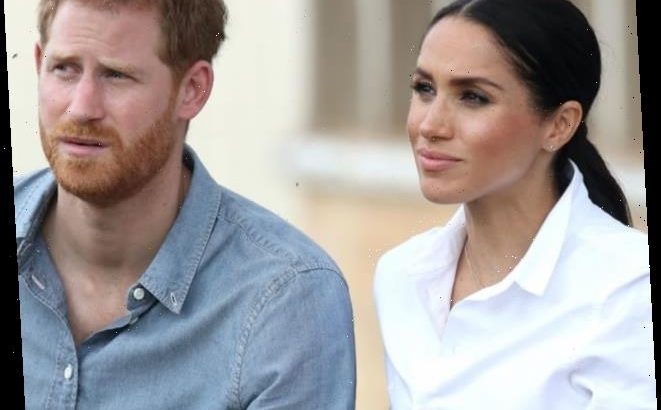 It’s almost impossible to imagine anyone ending 2020 on more of a high note than Meghan Markle and Prince Harry.

Their escape from the Royal Family now complete, Harry and Meghan concluded the year by putting down firm roots here in America.

At first, there were concerns about the couple’s ability to support themselves in a style befitting folks of such a lofty stature.

But we think it’s safe to say the Duke and Duchess of Sussex won’t have to worry about money anytime soon.

First, they signed a $100 million deal with Netflix.

They followed that up with a Spotify deal estimated to be worth more than $30 million.

Now, thanks to savvy investments in startups, industry experts predict that Meghan and Harry will achieve billionaire status within the next ten years.

But all of that progress didn’t come without a hefty price.

Insiders say the rift between Harry and his family is more severe than ever before, and it may soon bring some devastating consequences.

The deal that Harry and Meghan reached with the Windsors at the time of their highly-publicized exit will soon come up for review, and it seems the Sussexes are bracing themselves for inhospitable terms.

Specifically, Harry fears being permanently stripped of his military titles, which, unlike his inherited titles, he earned through service to his country.

Sources say the Queen is incensed with the way her grandson and his wife have sullied the royals’ reputation, and she plans to take whatever punitive measures are available to her.

One recent embarrassment involved a post on the couple’s website, in which the Sussexes’ expressed their gratitude toward Meghan’s mother, while sharing no such kind words for Harry’s family.

As for why there was no mention of Harry’s parents, well … theories abound:

“I think William will be slightly worried if Harry uses Diana for any of his charitable or commercial ventures without consulting him, and I don’t think he would be happy if Harry appears to be exploiting his mother’s iconic status,” one insider told the Daily Mail.

Of course, it’s equally possible that Harry made the decision to distance himself from his family for public relations reasons.

In November, Season 4 of The Crown made its debut on Netflix in November.

In recent episodes, the acclaimed but controversial series explored the early days of Charles and Di’s tumultuous marriage.

Many viewers were reminded of Charles’ abusive behavior toward his first wife, while others were horrified to learn of it for the first time.

Whatever the case, the upshot is that the future king became one of the most reviled figures of 2020.

Not exactly a great time to link the guy to your shiny new business venture, and deciding how much of a role he wants Charles to play in his life will be one of the many challenges that Harry will face going forward.

Because as much as Meghan and Harry might have hit some PR speed bumps in recent weeks, they still had a better year than the rest of the Royal Family.

And as much as 2021 got off to a rocky start for the Sussexes, you can bet that the couple remains confident that they made the right move by distancing themselves from the rest of the Windsor clan both physically and in spirit.