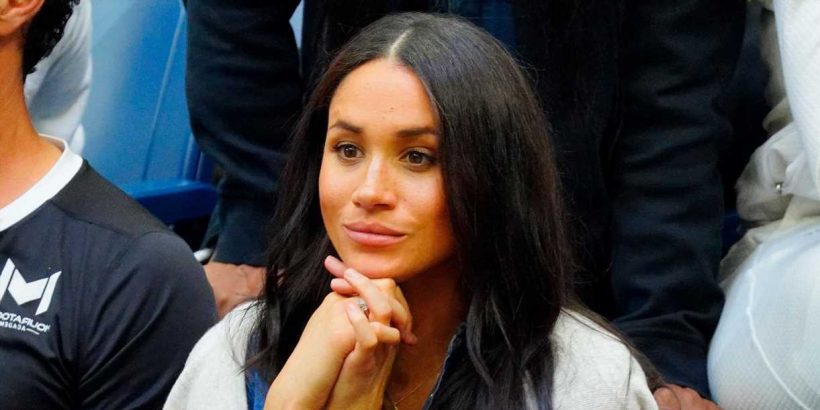 Meghan Markle’s relationship with her dad is still officially “not awesome,” in case you needed an update.

Thomas Markle gave TMZ an update about the state of their relationship this weekend, telling the outlet that he sent Meghan a special gift for her 40th birthday—a bouquet with a dozen red roses and two yellow roses in the middle, representing Meghan and Prince Harry’s two children, two-year-old Archie Harrison and newborn Lilibet Diana.

Thomas apparently said incorporating Archie and Lili was a top priority for the gift because he wants to be a part of his grandkids’ lives. As TMZ put it, “it seems to him the kids don’t have enough family around them in Montecito.”

The arrangement included a card that read, “Wishing you a happy birthday and brighter days,” but the gesture apparently wasn’t enough to mend the pair’s infamously strained relationship. Thomas said Meghan didn’t acknowledge the birthday gesture but told TMZ that was “fine” and that he just hopes she liked the bouquet.

On the bright side, the update was one of the nicer ones we’ve maybe ever gotten from Thomas (in another recent interview, he declared his intention to take Meghan and Harry to court to fight for visitation with Archie and Lili and blasted them for unspecified “bad behavior”). On the not-at-all-bright side, Thomas’ habit of involving the media in private family matters is pretty central to his and Meghan’s rift, so any goodwill the birthday gesture might have fostered could very well have been canceled out by the TMZ interview.

Meghan opened up about her strained relationship with her father during her and Harry’s interview with Oprah Winfrey earlier this year, explaining that his decision work with the tabloids and paparazzi behind her back felt like a “betrayal,” largely because he wasn’t honest with her when she asked him about the situation directly.

“That for me has really resonated, especially now as a mother,” she said during the interview. “And also me saying just full stop, if we use this to protect you, we won’t be able to protect our own children one day. Well, I’m talking about your grandchildren, so I can’t — I mean, I look at Archie. I think about this child and I go I can’t, I genuinely can’t imagine doing anything to intentionally cause pain to my child.”

Clearly, this is not a rift that a single birthday gesture is going to be able to fix.