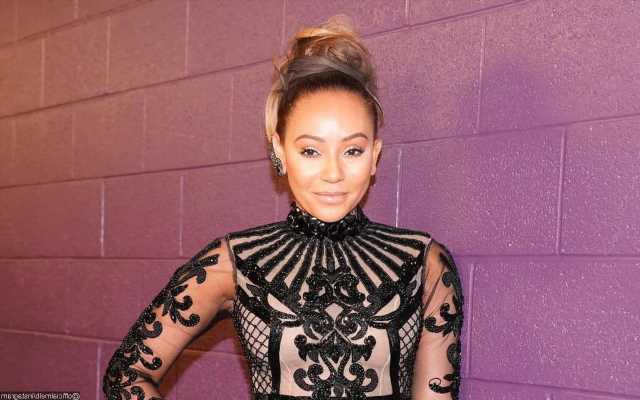 The 46-year-old Spice Girls member, who was honored with an MBE by the Duke of Cambridge at Buckingham Palace last week, confesses that she was ‘excited and nervous’ when receiving the recognition.

AceShowbiz -Mel B (Melanie Brown) did a little dance after curtsying Prince William.

The 46-year-old singer was honored with an MBE by the Duke of Cambridge at Buckingham Palace last week for her charity work for vulnerable women as a patron for Women’s Aid.

And the Spice Girls member was so “excited and nervous” that she “spun” after curtsying in front of the 39-year-old royal and turned the gesture into a performance.

Melanie – who was joined by her mother Andrea – told HELLO!, “My mum and I were both really nervous but very excited.”

“I explained to him I was getting it as I had been in a ten-year abusive marriage. I talked to him a bit about Women’s Aid and he was really interested.”

“Afterwards, you are supposed to curtsy and walk around in a circle but I did a dancer’s move, so I did a curtsy and spun and then walked away like I was doing a West End show!”

The “Wannabe” hitmaker, who accused her ex-husband Stephen Belafonte of being abusive when they split in 2017, admitted it was even more “amazing” because she was receiving the honor as Melanie Brown and not Scary Spice.

“I felt like it was the most incredible day of my life,” she gushed. “It felt amazing that it was me, Melanie Brown, a working- class girl from Leeds, and not Mel B the Spice Girl who had received the award.”

Mel added how important it was for her to use her “loud voice” to shine a spotlight on her fellow survivors of domestic abuse. She added, “The MBE was for all women and especially for my late dad, because I promised him on his deathbed that I would leave my husband, and if it wasn’t for that I wouldn’t be here now. It’s all about making something terrible into something positive and about women supporting other women. I have got a loud voice; so many women suffer in silence and it’s an honour for me to be their voice.”