Monica R. Richardson was announced as the new executive editor of the Miami Herald on Monday 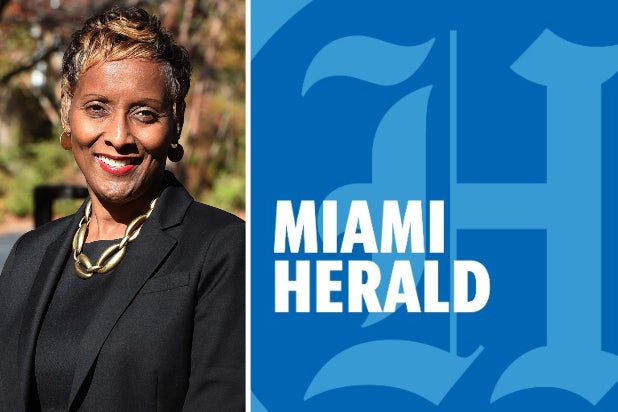 Monica R. Richardson will join the Miami Herald as its top editor on Jan. 1, according to parent company McClatchy, becoming its first Black executive editor in 117 years.

In the Monday announcement, the company noted Richardson will make the move from her position as senior managing editor at its Atlanta Journal-Constitution. She is a 30-year veteran of the news industry. In her new role, Richardson will also oversee Spanish-language counterpart el Nuevo Herald and the Bradenton Herald.

According to a release, her focus will be on audience and digital subscription growth and furthering the papers’ mission of delivering local news to an increasingly diverse readership.

She said in a statement on her historic appointment, “At this critical time in our nation, particularly given the impact of the pandemic, racial reckoning and the country’s political divisiveness, the Herald’s public-service mission is more important now than ever before. I welcome the opportunity to fulfill this mission, leveraging technology, while motivating the newsroom and keeping the community’s interest at heart.”

Kristin Roberts, McClatchy’s senior vice president of news, said in her own statement that Richardson “has a strong record of leadership in local journalism at one of the great metro newsrooms in the country.”

In January, the Herald shuttered its printing plant and cut 70 jobs. TheWrap reviewed an internal memo from Miami Herald Media Company president and publisher Aminda Marqués González announcing the changes and found the print versions of the paper would no longer come from the newspaper’s eight-year-old printing plant. Instead, the Herald cut jobs and moved to print six days’ worth of newspapers at the Sun Sentinel’s press in Deerfield Beach.