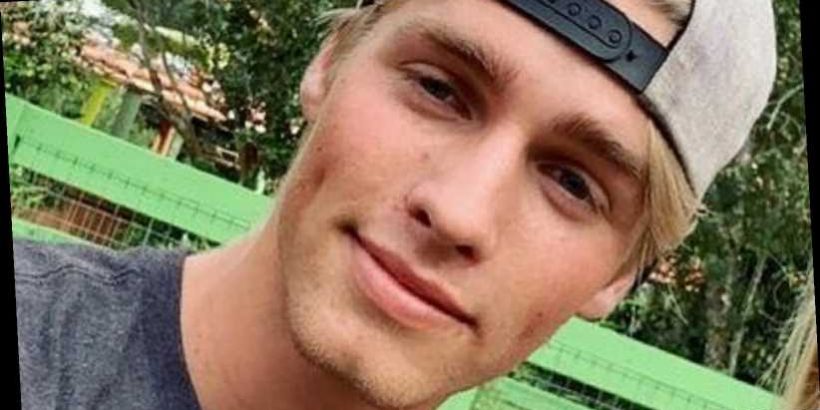 Ever since Welcome to Plathville premiered on TLC in 2019, fans of the reality show have been glued to the lives of the Plath kids — particularly the older, more “rebellious” ones, like Moriah Plath and her brother, Micah Plath, who has been living on his own away from his parents for the past year or so. It’s no secret that he has strayed away from his strict upbringing and has spent the last year making a name for himself in the modeling world. Thanks to some of his recent (and shirtless) Instagram photos, fans can’t get enough of the 20-year-old up-and-coming model.

On March 15, Micah Plath took to Instagram to show off his beach bod and catch some rays while enjoying the nice weather at an undisclosed beach location, and fans couldn’t stop gushing about his warm weather look. “I’ll dig a seat for you in the sand:),” he captioned a pic of himself in a short, solid black pair of swim trunks, which sparked some seriously flirty comments from his followers.

In response to his Instagram caption, Helena Parrish — who’s rumored to be Micah Plath’s new girlfriend — wrote, “And didn’t invite me [thinking face emoji] #salty #beachpuns,” to which Plath responded, “[crying face emoji] I’ll see you soon hopefully!” The flirty exchange between the pair further fueled romance rumors between Parrish and Plath, who have been linked since late last year.

During a December 2020 Welcome to Plathville episode, viewers watched as the couple got seriously cozy in bed with one another. However, on an episode of the podcast Reality TV & Me (via ScreenRant), Parrish set the record straight about her and Micah Plath’s relationship. “It was kind of shocking for me too honestly. I was like, ‘Oh! I haven’t seen this side of Micah,'” she said, adding, “I’m kinda just letting him ride out his playboy stage ya know. I want him to enjoy and experience that. We’re just being really good friends right now and the best things come from friendship. I think he has a girl right now anyways but I dunno! We are always gonna be there for each other.”

Plath was previously linked to Alabama student and model Caroline Alexis in November 2020, per Distractify. The couple’s last pic together, however, was posted in December 2020, so it’s unclear whether they’re still together or if Micah Plath’s and Helena Parrish’s flirty IG exchange is a tell-tale sign that they’re now an item.