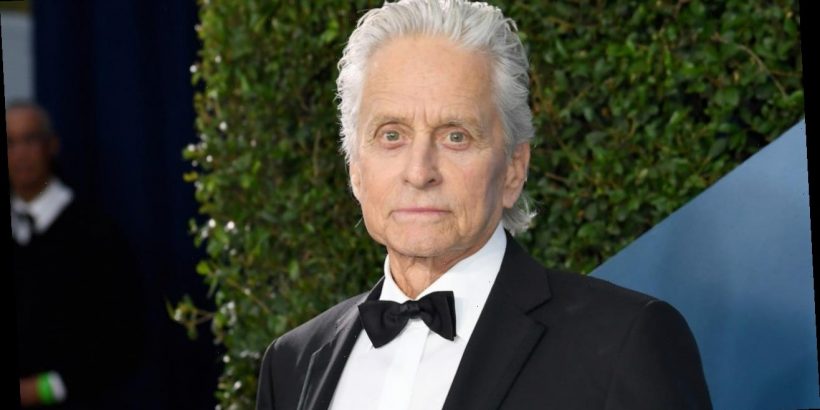 Michael Douglas may be the cutest granddad ever!

The 76-year-old actor took to Instagram on Tuesday to reveal the first photo of himself cradling his newborn grandson, Ryder. The baby boy is the second child for Michael’s 42-year-old son, Cameron Douglas, and wife Viviane Thibes.

Cameron adorably commented on the post, simply writing, “My guys 💛.” He first announced the exciting news that Viviane had given birth to Ryder on Dec. 22, 2020. “Touch down planet earth 🌎,” he gushed. “Welcome my Son…Ryder T. Douglas.”

At the time, Michael joked about 3-year-old Lua — Cameron and Viviane’s first child — stepping into her new role as big sis. “So happy for Vivian and you,” he wrote in the comments section. “Don’t think Lua is sure about this yet! What a holiday present.”

The exciting time for the family comes after Michael celebrated 20 years of marriage to Catherine Zeta-Jones back in November. To celebrate, the two-time Oscar winner shared a story to Instagram about the first time he met his wife back in 1998.

“I’m at a screening in Hollywood at somebody’s house, and they’re showing Zorro. And I’m watching this movie and I go, ‘Wow, who is this girl? She’s incredible,'” Michael recalled. “A month later, I’m at the Deauville Film Festival… and I see on the schedule, the next day at the festival, they’re gonna have Zorro there!”

Michael continued on, explaining that he then asked his assistant to find out if Catherine was planning on attending, and if she’d like to grab a drink with him.

“So they get back to me, they say, ‘Yes, Ms. Zeta-Jones is going to be here, she’s only going to be here for one night. She’s in the middle of shooting this movie Entrapment with Sean Connery, but would love to see you and have a drink,'” he said. “So the next day she arrives, along with Antonio Banderas and Melanie Griffith, and I have a drink with her. It was everything I hoped for!”