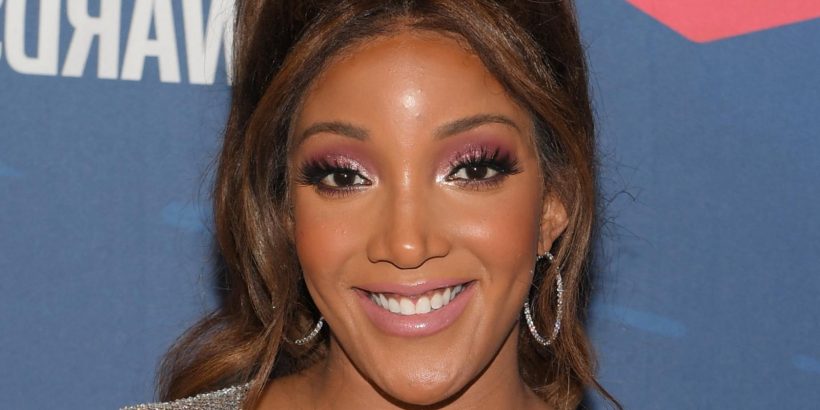 The 2021 ACM Awards got started with a bang, with hosts Mickey Guyton and Keith Urban cracking one-liners as they geared up for one of country music’s biggest nights. As the hosts gushed about Miranda Lambert and Elle King’s show-opening performance of “Drunk (And I Don’t Wanna Go Home),” Guyton made clear just how special hosting was for her.

Urban let the audience know about all of Guyton’s recent achievements, from her Grammy nominations (via NBC) to recent groundbreaking music releases. But Guyton made sure to clarify that one of her most important accomplishments was having her son Grayson back in February (via People). The “Black Like Me” singer joked about the awards show being her first “adult interaction” in longer than she would’ve liked, spending more time on diaper duty than anything else. While welcoming the opportunity for a bit of glam, Guyton is also excited to bring some much-needed inclusivity to the awards show.

Mickey Guyton is loving this year's focus on inclusivity

In a pre-show interview with Variety, Mickey Guyton spoke about diversity at the Academy of Country Music Awards show. She explained, “representation matters so much to me, because the country music genre is such a beautiful genre.” Describing her excitement for changing the landscape of the country awards show, she said, “the people in the community are so inclusive, and it’s time that the award shows show that.”

With a wide range of accolades that only grow with each passing year, Guyton is still honored to be a part of the ACMs, especially with fellow “outsider” Keith Urban. “Me standing up there hosting an awards show with … Keith Urban, who came from Australia … it’s two outsiders coming together and showing what country music is.”