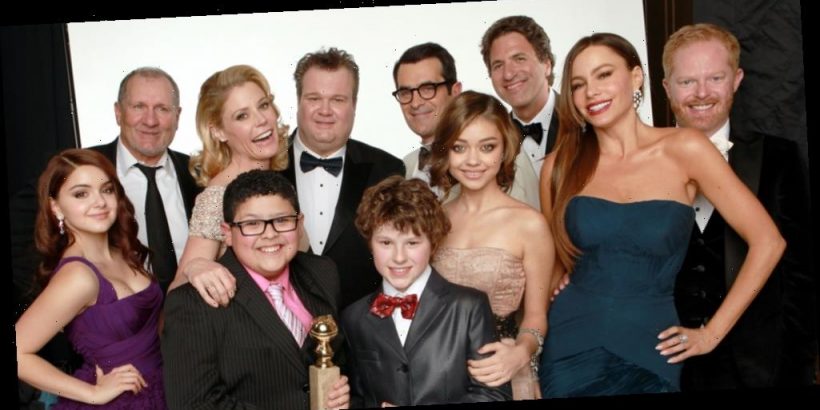 THR announced on Tuesday (January 26) that the hit comedy would be making its way to streaming services on February 3. Hulu and Peacock will share streaming rights for all 250 episodes of the show.

The multiple-year deal will be the first time all 11 seasons of the Emmy-winning show will be available on both a subscription based service and an advertiser-backed platform. Peacock will rotate 12 episodes on its free service, beginning with the pilot, with the remainder available to paying subscribers.

Modern Family wrapped up its 11 season run in April with an hour long finale. Showrunners Steve Levitan and Christopher Lloyd hinted at the possibility for a Mitch and Cam spin off.

Sarah Hyland shared her thoughts on the show’s finale back in April – click here to see what she said!