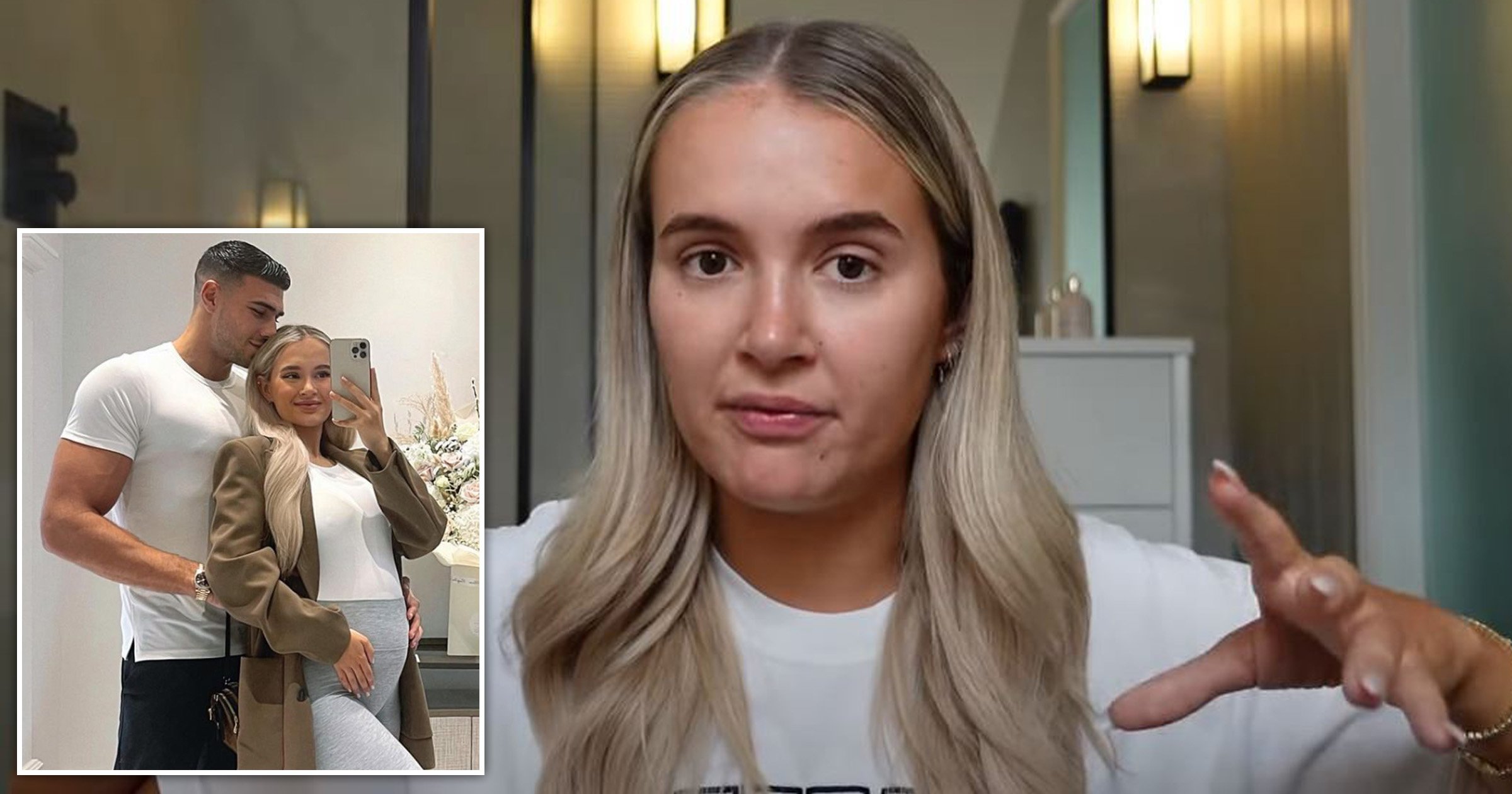 Molly-Mae Hague has revealed the emotional toll she faced in the early days of her pregnancy, which she admits wasn’t an entirely ‘magical’ experience.

The former Love Island star recently announced she is pregnant and expecting her first child with boyfriend Tommy Fury.

A complete surprise to fans, Molly and Tommy, both 23, shared the joyful news by releasing a pregnancy photo shoot with the star’s baby bump well and truly popped.

The photos were a complete picture of bliss but Molly has admitted it wasn’t perfect in reality as the couple faced various obstacles, including boxer Tommy being banned from entering the US earlier this year meaning his highly-anticipated fight against Jake Paul had to be cancelled.

Opening up about their struggles in a new YouTube video, Molly explained: ‘I literally just can’t explain how the shock literally overtook my body for the first month, 100%. I just felt like every single day I was living an outer body experience, my emotions were something I’d never experienced before.

‘I cried maybe five times a day for no reason. Just in tears over everything.’

The PrettyLittleThing creative director continued: ‘Also just the shock for Tommy and I. It’s honestly taken up until now to sink in.

‘Every time we talk about it, it feels like we’re talking about a situation that’s not our own because it was a complete shock, I can’t lie.

‘To add into the situation we were going through a really tricky time with Tommy and his work and fights happening then not happening and situations being completely out of our control and me trying to emotionally support him while also being in the emotionally hardest period of my entire life.’

Molly insisted that despite the ‘very crazy’ time, she and Tommy were ‘beyond happy’ to be starting a family as it’s ‘all we’ve ever wanted and literally something we’ve spoken about since we first met’.

She continued: ‘Don’t get me wrong, it was a different experience at the start to how I pictured and that’s the honest to God truth, I don’t hear that many people say that, you probably don’t get many girls come online and say yeah, it was different, it wasn’t magical and I didn’t cry when I found out I was that shocked that I physically couldn’t feel emotion.

‘I hope that gives someone comfort because it really comforted me.’

Later in the video, Molly shared a glimpse at her 20-week baby scan with Tommy by her side after he missed the previous appointment due to them not realising they had one booked in.

‘The baby was actually showing the doctor things that are actually quite rare to see, so I was like, our baby’s an overperformer,’ Molly said with a huge smile on her face.

‘We were like proud little parents in that scan.’

Molly also confirmed that she and Tommy now know the sex of the baby but are keeping the reveal under wraps for now, hence why they are referring to their unborn child as ‘they’ and ‘them’.

The pair met on the 2019 summer series of ITV2’s Love Island and are one of the few couples still going strong after finding romance in the villa.