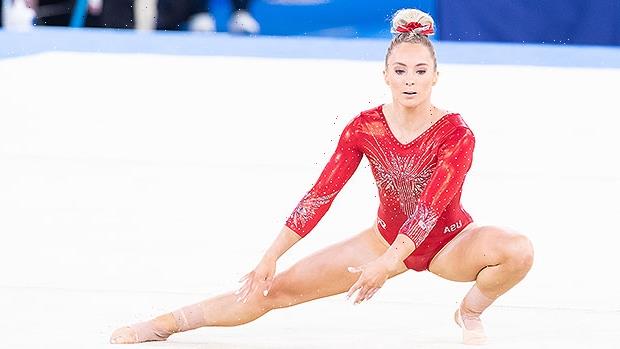 MyKayla Skinner will replace Simone Biles in two upcoming event finals at the Tokyo Olympics. Here are five things to know about the gymnast.

Olympic gymnast Simone Biles has withdrawn from two more event finals at the Tokyo Olympics. USA Gymnastics announced that the athlete, 24, will not compete in the vault and uneven bar finals this Sunday following her withdrawal from the team finals and individual all-around finals this week, in which she cited mental health concerns. She will be replaced by MyKayla Skinner.

USA Gymnastics announced the replacement on July 30.”Today, after further consultation with medical staff, Simone Biles has decided to withdraw from the event finals for vault and the uneven bars,” it read. “She will continue to be evaluated daily to determine whether to compete in the finals for floor exercise and balance beam.”

“MyKayla Skinner, who had the fourth-highest score in vault during qualifications, will compete in vault finals for the U.S. alongside Jade Carey, who finished with the second-highest score,” the statement continued. So, who is MyKayla? Below are five things to know about Simone’s replacement.

MyKayla is a first time Olympian

At the age of 24, MyKayla made her Olympic debut at this year’s games in Tokyo. The Gilbert, Arizona native began her gymnastics journey in 2000, and, according to her Team USA bio, her favorite event is floor. MyKayla’s favorite hobbies include jewelry beading and going to the movies with friends — her favorite film is Twilight, by the way — and she is also a Mexican food enthusiast.

MyKayla was an alternate at the 2016 Olympics

Tokyo might mark MyKayla’s first Olympic rodeo, but she has been to the games before. The gymnast competed in the 2016 Olympic trials and posted the fourth-best score. She was ultimately named an alternate, as Simone, Laurie Hernandez, Aly Raisman, Gabby Douglas, and Madison Kocian were selected as the gymnasts for the 2016 games in Rio.

MyKayla is already a celebrated medalist

MyKayla has announced plans to retire

The gymnast, a communications student at University of Utah, revealed earlier this month that she plans to retire from gymnastics after the Tokyo Olympics. She announced the news on Instagram, explaining that there were other things she wanted to do professionally. “The Olympics will be my last gymnastics competition before I officially retire,” she wrote, in part. “I’m excited for what’s ahead. For now I am going to focus on bringing home a medal or two this summer for Team USA. I have a lot of hard work ahead and want to promise that the world has yet to see my best gymnastics.”

MyKayla has been happily married to Jonas Harmer since 2019. He isn’t a fellow athlete, though. On his social media channels, Jonas has stated that he runs a YouTube channel and manages the sales team for Vivint Smart Home. The gymnast regularly shares snapshots with her husband. Prior to the Olympics, she and her beau enjoyed a day on the lake. “Lake days with you are my fav,” she captioned the post, adding the hashtag #hubby.