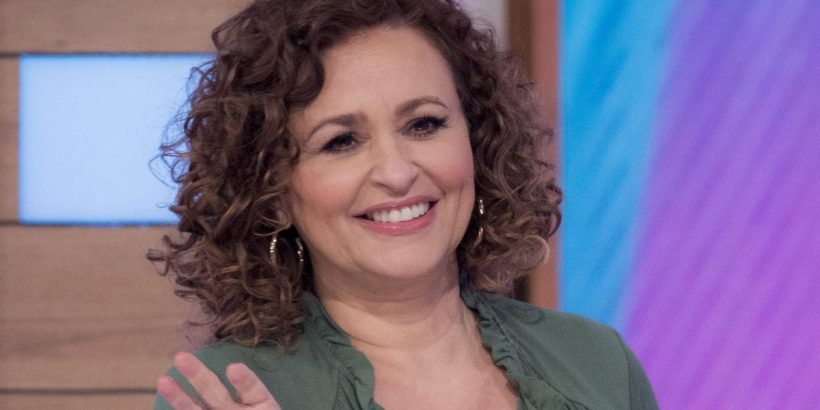 Loose Women’s Nadia Sawalha suffered a wardrobe malfunction on Friday, as the underskirt she was wearing slipped up over her bum as she filmed the show.

In a candid Instagram post revealing her “wardrobe fail”, the 57 year old stood in just her bra, knickers and espadrilles as she showed off the offending skirt slip, which had clearly risen up past her behind.

She hilariously called out the Loose Women stylists who she said “very rarely get things wrong”.

In the caption, she wrote: "#WARDROBEFAIL. Our brilliant stylists @mothershoppers @loosewomen very rarely get things wrong but my god they did today!

She continued: “Apparently this is called a ‘skirt slip’, It slipped alright ! Right up over my ***e. No wonder I was so uncomfortable for the whole sho !”

Not finished there, she wrote: “HEAD TO MY STORIES TO SEE THE INSTAGRAM vs REALITY dress that went over the top of this abomination !!

She ended the post’s caption by asking her followers: “What’s your biggest wardrobe fail ?!”.

Many of her fans praised the star for promoting body confidence, with one writing: “Love you Nadia…you are such an ambassador for us women..Xx”

Another wrote: “I love you Nadia keeping it real”

Someone else said: “I bloody love how honest you are, you show us all how to live with what we were given, you're giving me confidence to embrace my old flabby body”.

On her Instagram stories, Nadia showed off the orange and daisy printed dress she wore over the skirt slip.

She looked incredible as she beamed into the camera whilst doing a twirl in the dress.

The video was put on slow motion, and it had Montell Jordan’s This Is How We Do It on the Instagram music.

Her natural curls bounced around her shoulders and she wore her trademark hoop earrings to finish off the look.

Nadia is known and adored for her mission to promote body confidence, and she’s no stranger to poking fun at herself or other celebrities by hilariously recreating some of their fashion moments.

In one video, she covered herself in yellow gaffer tape in a nod to Kim Kardashian’s Balenciaga tape outfit, in which The Kardashians star was covered from her neck downwards.

More recently, Nadia copied Kate Ferdinand’s bikini swapping Tik Tok video, swapping every other video of Kate with herself as she tried on different bikinis and a range of hats, including a moose number.