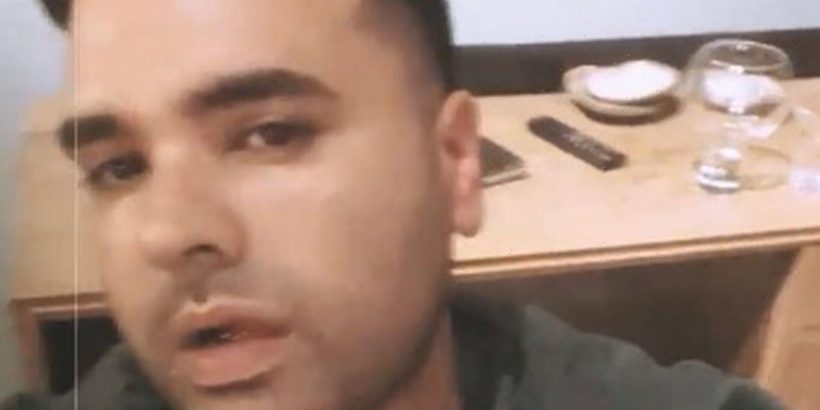 Famed record producer Naughty Boy has shared a cryptic post from ‘somewhere’ amid rumours he has signed up for this year’s series of ITV favourite I’m a Celebrity…Get Me Out of Here!

The music star, 35, who pulled the plug on his musical collaboration with Gemma Collins last year, shared the cryptic message on his Instagram story with his 42.1k followers.

Naughty Boy can be seen videoing himself in what looks like a hotel room as he poses for fans.

He captioned the video: “Don’t deep it too much” followed by a shh face emoji and a laughing face emoji.

He added to the post “#somewhere” clearly keeping his location a secret.

To get all the latest gossip from this year's I'm A Celeb, sign up for OK!'s daily newsletter here.

He has been rumoured of late to be one of the line-up for this year’s celebs for I’m a Celebrity…Get Me Out of Here! hosted by TV favourites Ant and Dec.

Naughty Boy, whose real name is Shahid Khan, was reportedly supposed to be entering the castle last year but dropped out last minute, being replaced with BBC Radio 1 DJ Jordan North.

The producer has collaborated with the likes of Beyoncé, Sam Smith and Emeli Sande and is now rumorued to be swapping the recording studio for the Welsh castle.

The show is famed for its Australian jungle location, has been forced to take part closer to home in a Welsh castle the past two years due to Covid travel restrictions.

Theshow is set to return to our screens Sunday 21 Novemberfor its 21st series and rumours are rife surrounding celebrities taking part this year with the official line-up still to be announced.

Naughty Boy’s cryptic post could suggest he is in quarantine in preparation for the show hitting our screens later this month.

Other rumoured stars to be entering Gwrych Castle this year include EastEnders stalwart Adam Woodyatt who has played Ian Beale since the show began in 1985.

Soap rival Simon Gregson, who has played his character Steve McDonald for the last 32 years onCoronation Street, is another celeb rumoured to be set to take on the castle.

It has been reported that Simon has been asked to appear on the show a number of times as well as turning down other reality shows in the past.

Former Strictly Come Dancing judge Arlene Phillips is set to be I'm A Celeb's oldest ever contestant at 78 years old if she does take part in the show.