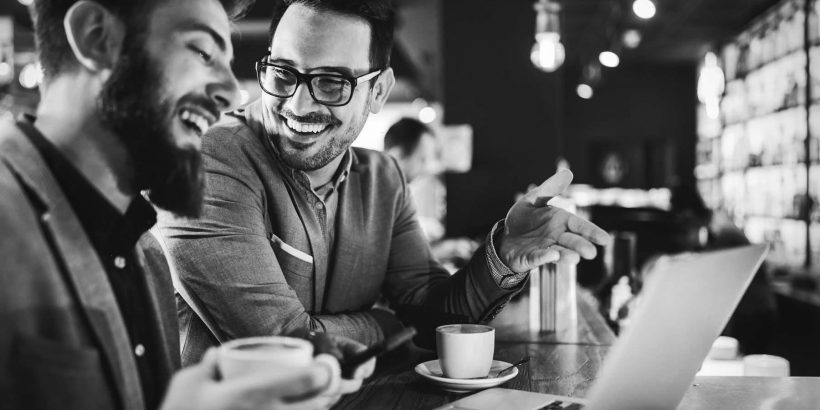 Opinions expressed are solely those of the author and do not reflect the views of Rolling Stone editors or publishers.

We’ve all heard the saying “your network is your net worth,” and although it’s an easy concept to grasp, many still struggle with how to go about building a solid network.

Nothing says ‘I appreciate your time’ more than money.

One of the easiest ways I’ve personally found to gain someone’s attention and later build that into a solid relationship is by spending money on their services. Many want to be entrepreneurs and artists these days that are so arrogant they believe they should be given everything for free—and they don’t hesitate to ask. If you don’t oblige, some may become enraged and begin making demands because they’re God’s gift to the world and you’re only here to do their bidding.

RS Recommends: 5 Devices You Need to Set Up Your Smart Home

For example, I once had an artist reach out to me on Instagram and ask how he could submit his new song to our blog. I informed him that we reviewed submissions via SubmitHub, and he proceeded to state that he had attempted that previously and was denied. I told him that it was unfortunate but not to get discouraged; just because our writers didn’t accept the song, that didn’t mean they wouldn’t approve a future release.

He didn’t seem to like the response and felt wronged, so he then started threatening me via email and all socials that if we didn’t post his music, we’d be sorry, etc. Finally, after blocking him on almost all socials, he managed to contact me on a platform I had not yet blocked him. I decided to go and check out his music and socials and see what he was all about. It turns out he had only a few low-quality photos and a couple of songs that sounded like he had recorded them on a karaoke machine. This was the self-proclaimed hottest MC around? Yikes!

There’s a right way to go about things and a wrong way, and this was a prime example of absolutely the wrong way.

Again, as previously stated, paying for a service is an easy way to begin a relationship as it’s refreshing to deal with level-headed individuals where both parties mutually benefit from one another. If all goes well, then you can then elaborate on your services and may begin making barters or, at the very least, get discounted services.

Had this artist instead booked a consultation, we may have been able to assist him with many things he clearly lacked. This may have spawned a relationship that could’ve carried on indefinitely and could have also led to future barters.

The Rolling Stone Culture Council is an invitation-only community for Influencers, Innovators and Creatives. Do I qualify?

Keep in mind that one thing to steer clear of is making barters where a third party is involved with whom you don’t already have an excellent working relationship. This can lead to a catastrophic situation. For instance, I once made a barter with an individual who I assumed could meet their end of the bargain independently. Little did I know they had no control over the situation, and when they were unable to deliver, it almost ruined our relationship. Luckily they were of upstanding character and paid for the service rather than attempt to argue and toss blame around.

Be genuine; nobody likes a fake.

Networking is proven to be powerful if utilized correctly. It has gained me relationships with entertainment lawyers, TV personalities and government officials and led to some of the most fruitful situations. But don’t let it be confusing or overly complicated; networking is nothing more than merely making friendships with the intent to do potential future business. If you’re faking it, eventually people will see through it.

During the Covid-19 pandemic, I had an individual reach out to me via social media. He complimented something I’d recently done and simply added his number to the end of the message and said if I ever wanted to chat about anything, feel free to give him a call. Out of sheer curiosity, I eventually gave him a call, and we hit it off pretty well.

A few months later, he became a writer on my blog and later interviewed an artist who had done a song with one of my childhood idols. I reached out to the artist to get his permission to print the interview in our magazine physically, and while doing so, I also expressed how cool I thought it was that he had worked with a member of my favorite group.

Months later, after we’d spoken on the phone a few times here and there, he joined me on my podcast and announced he was doing a new song with yet another member of that same group he had previously worked with, and since he knew I was a big fan, he would like me to join them on the song. I gladly accepted the invitation! Something I’d mentioned almost a year prior stuck with him, and because the overall interactions we’d had were genuine, he didn’t think twice about who to add as a feature on the song.

Before recording, I was on the phone with him while he was in the studio with musician and producer Ronnie King (who’s previously worked with 2Pac, Mariah Carey, and many others) who ended up joining us on the song “48 Laws.” This became, to date, one of my most valued collaborations, and who knows what this may bring for the future — all of this was possible from networking. Relationship-building should be about just that: relationships. Networking is powerful, but friendships last even longer. Take a risk and put yourself out there — you never know what could happen.

In short, focus on making friends, not contacts, be helpful to others, stay in constant communication, and develop a sense of trust.