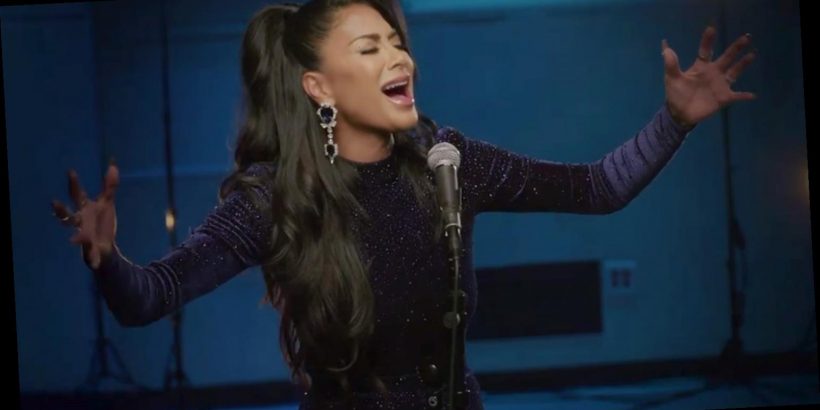 Nicole Scherzinger is blowing fans away with her incredible vocals during a performance of “Never Enough” from the movie musical The Greatest Showman.

The 42-year-old Pussycat Dolls singer was one of the performers who participated in BBC One’s Musicals: The Greatest Show special this weekend.

Nicole shared the full video of the performance on Instagram the day after it aired in the UK. She said, “Thank you for all of the comments and support yesterday ❤️ for those of you asking, here is my full rendition of Never Enough from ‘Musicals: The Greatest Show’ on @bbcone. What other songs would you like to hear me sing?”

Legendary composer Andrew Lloyd Webber raved about her performance on Twitter. He said, “@NicoleScherzy was one of the best performers ever along with @elaine_paige of ‘Memory’ in @CatsMusical at the Palladium. It’s great to hear her singing a song from a musical and I’d love to see her do more.”

Nicole responded by saying, “Thank you so much @OfficialALW, and thank you for everything you’ve been doing to get theaters open again safely! Can’t wait to cook up some magic together again soon! Blessings and love xo.”

Watch the video below!