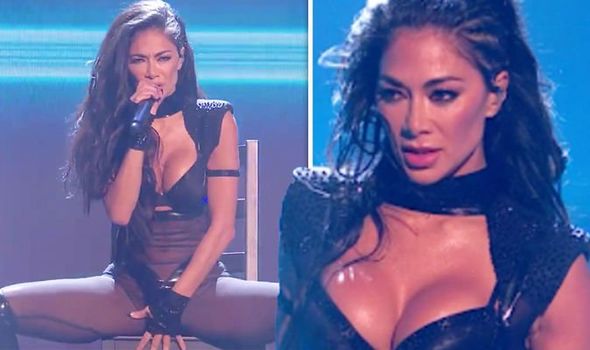 Nicole Scherzinger, 41, celebrated the return of her group The Pussycat Dolls in style as she bared all in a racy bodysuit.

The X Factor: Celebrity judge and her fellow bandmates took to the stage in the final of the ITV show to mark their comeback.

However, Nicole stole the show in a particularly revealing ensemble.

The singer flaunted her sensational figure in a PVC bikini, which she wore with a sheer bodysuit.

The performer’s ample assets were put on display in the outfit, as a cut-out panel highlighted her curves.

The star accessorised with a pair of daring PVC boots, and enhanced her features with dark eyeshadow and red lipstick.

The band performed a medley of their greatest hits including Buttons, When I Grow Up and Don’t Cha during the eye-popping performance.

Viewers were shocked by Nicole’s outfit, with one fan tweeting: “Holy s**t… Nicole Scherzinger is a whole new level. Not much left for the imagination.”

Another person added: “That Pussycat Dolls performance was unadulterated filth! I hope I look even 1/100th as banging as Nicole Scherzinger does at nearly 40.”

A third Twitter user commented: “Hope Santa gets them some clothes for Christmas.”

The former The Only Way Is Essex star triumphed over fellow contestants Jenny Ryan and Max and Harvey in the final. 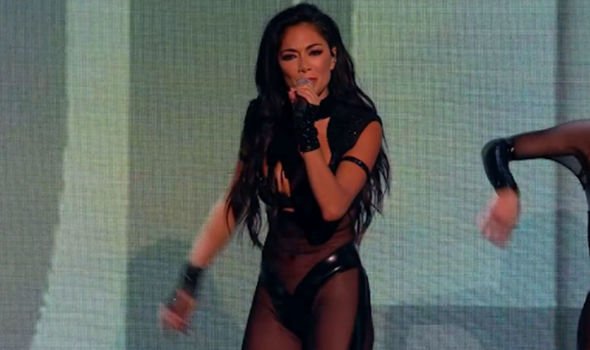 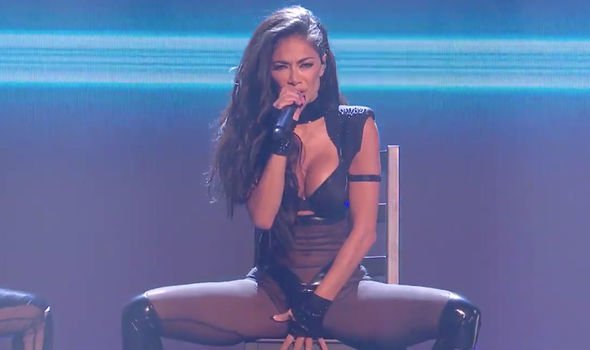