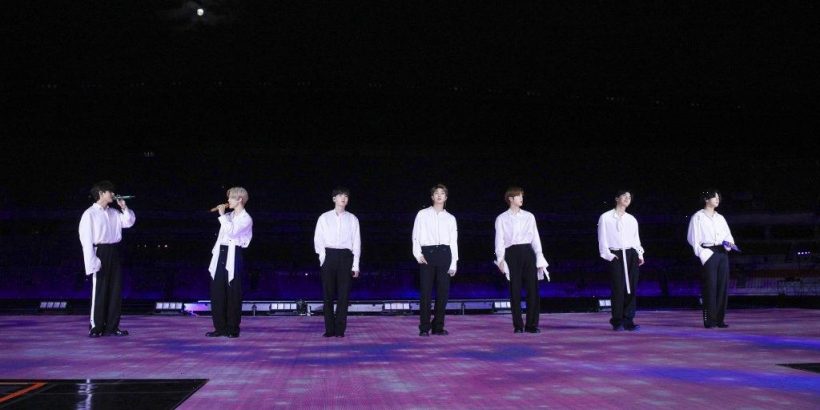 The BTS members are now world-renowned artists, selling out stadiums across the globe.

However, this boy band is based in South Korea, particularly in Seoul, where the artists trained prior to their debut and currently live. (When they’re not on an “extended period of rest and relaxation,” that is.)

RM, Jin, J-Hope, Suga, Jimin, V, and Jungkook make up the award-winning K-pop group, BTS. Together, they released songs like “Dynamite” and “Boy With Luv,” breaking a few records in the process.

Although Big Hit Entertainment (now Hybe Corporation) is based in Seoul, not all of these performers come from the populous city. Of all of the BTS members, Jin is one of the idols born closest to Seoul — in Gwacheon.

Accord to Koreaboo, the rapper and the leader of BTS, RM, was born in Ilsan, the home of the largest artificial lake in Asia, Lake Park. RM takes this love for nature wherever he goes, sharing pictures of his bike rides and walks with his dog.

J-Hope, another rapper in the K-pop group, was born in Gwangju. This city, located in the southwest corner of South Korea, is known for its cuisine. It’s also the home of the Gwangju National Museum.

There are a few months in age separating vocalists Jimin and Jungkook. However, these performers share the same hometown. Jimin and Jungkook were both born in Busan, the second-most populous city in South Korea, after Seoul. As a port city, Busan is home to the Sea Life Aquarium, Gwangalli Beach, and plenty of dining options.

Although Min Yoongi goes by the stage name “Suga” when he’s performing with BTS, this rapper releases solo music under the stage name “Agust D.” This stage name is a reversal of “Suga,” with the remaining letters acting as a nod to his birth city — “Daegu Town.”

However, Suga wasn’t the only BTS member who was born in Daegu. One of the singers in this K-pop group, V, spent time in this city, citing it as his hometown. V and Jimin each went to high school in their hometowns. However, after moving to Seoul, they both transferred to Korean Arts High School. Because they were born in the same year, 1995, they were classmates.

The “Life Goes On” music video by BTS is now available for streaming on YouTube. The K-pop group’s deluxe album, titled Be, is available on Spotify, Apple Music, and most major streaming platforms.