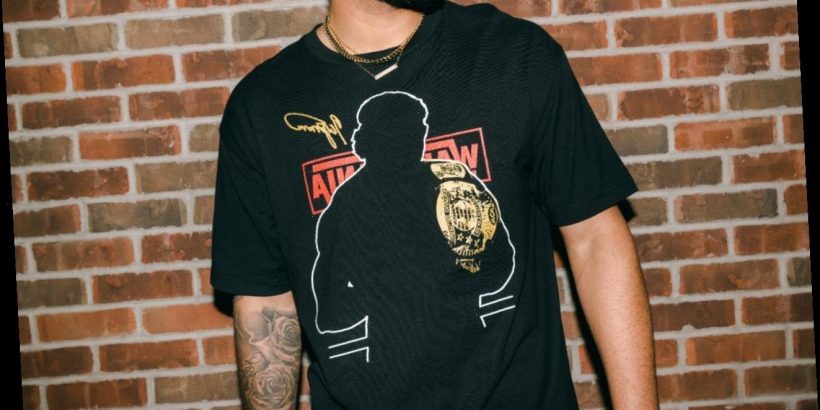 Rapper and noted wrestling fan Wale has teamed up with Foot Locker and Footaction for his annual “WaleMania” drop – a one-of-a-kind event that merges the worlds of music, sports, fashion and entertainment.

As part of the event, tied to WrestleMania 37 this weekend, Wale has released an exclusive apparel collection that will be sold at FootLocker.com and Footaction.com. Each piece in the first capsule has been designed by Wale to pay tribute to “the rich history of some of the greatest Black WWE Champions to grace the wrestling ring.” 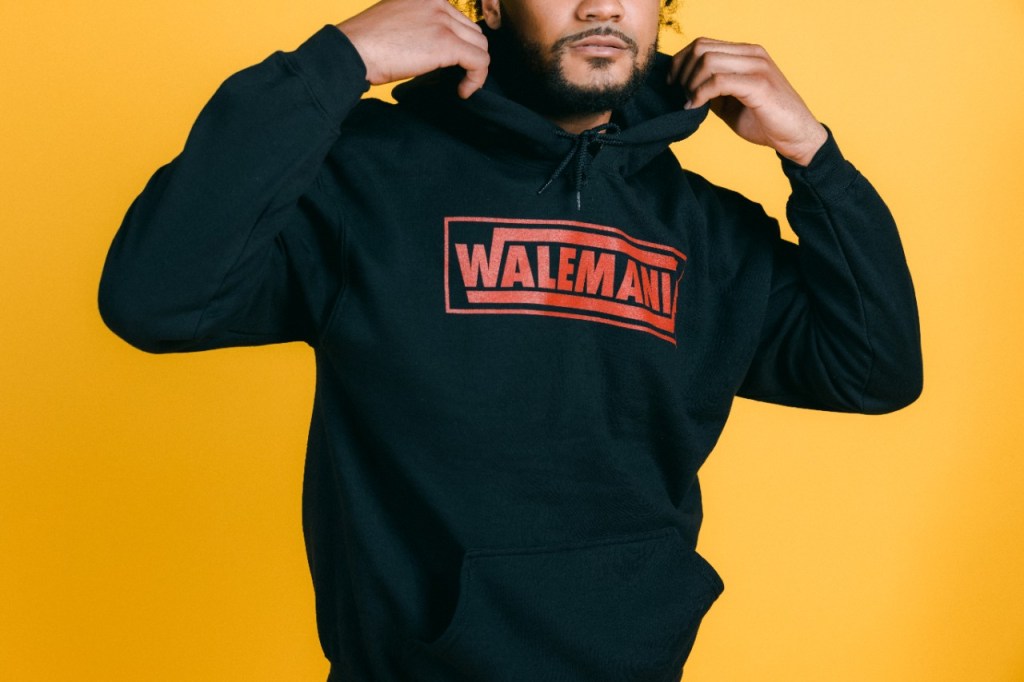 The collection launches this week with T-shirts and hoodies honoring Kofi Kingston (with Big E and Xavier Woods), Sasha Banks, Mark Henry, Ron Simmons and Booker T, along with a “WaleMania”-take on the iconic Wrestlemania logo.

'We Are Better People Because of John Lennon'

Wale says he’s been a fan of wrestling for years, having grown up “watching WWF Superstars on Saturday morning” (the organization’s name was changed to WWE in 2002, to avoid confusion with the World Wildlife Fund). “Marty Jannetty jumping through that window was the day nothing would be the same again,” Wale says, referencing the now-infamous clip of wrestler Jannetty trying to escape from his nemesis, Shawn Michaels after a barber shop brawl.

The sartorial rapper is a big sneaker collector too, he admits, which makes the partnership with Foot Locker and Footaction something of a no-brainer (“Sneaker culture was a part of most of our childhood… I probably just took it too far and never grew up,” he tells Rolling Stone, adding that the first pair of shoes he ever saved up for were the Nike Total Air Foamposite Max, famously sported by basketball star, Tim Duncan). 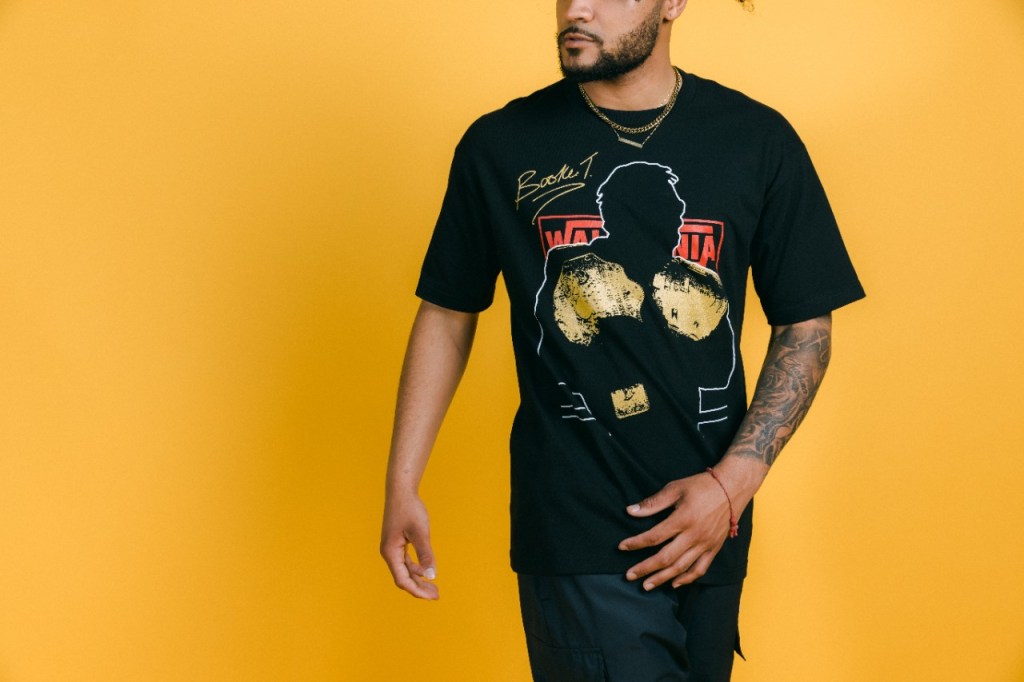 Wale has held annual WaleMania events since 2014 (last year’s edition was postponed due to Covid), and while previous incarnations have featured musical performances and guest appearances from wrestlers and entertainers, this year’s celebrations will be mostly focused online, with the capsule collections at Foot Locker and Footaction.

It doesn’t stop at Wrestlemania this weekend though – six collections in total will be released over the next few months, leading up to WaleMania (and Wrestlemania) 2022. Look for apparel and accessories featuring WWE favorites like Stone Cold Steve Austin, The Undertaker, and Eighties legends Ultimate Warrior, Macho Man Randy Savage and Junkyard Dog. Wale says he’s also working to design a capsule in celebration of some of the best female WWE superstars, including Bianca Belair and Trish Stratus. 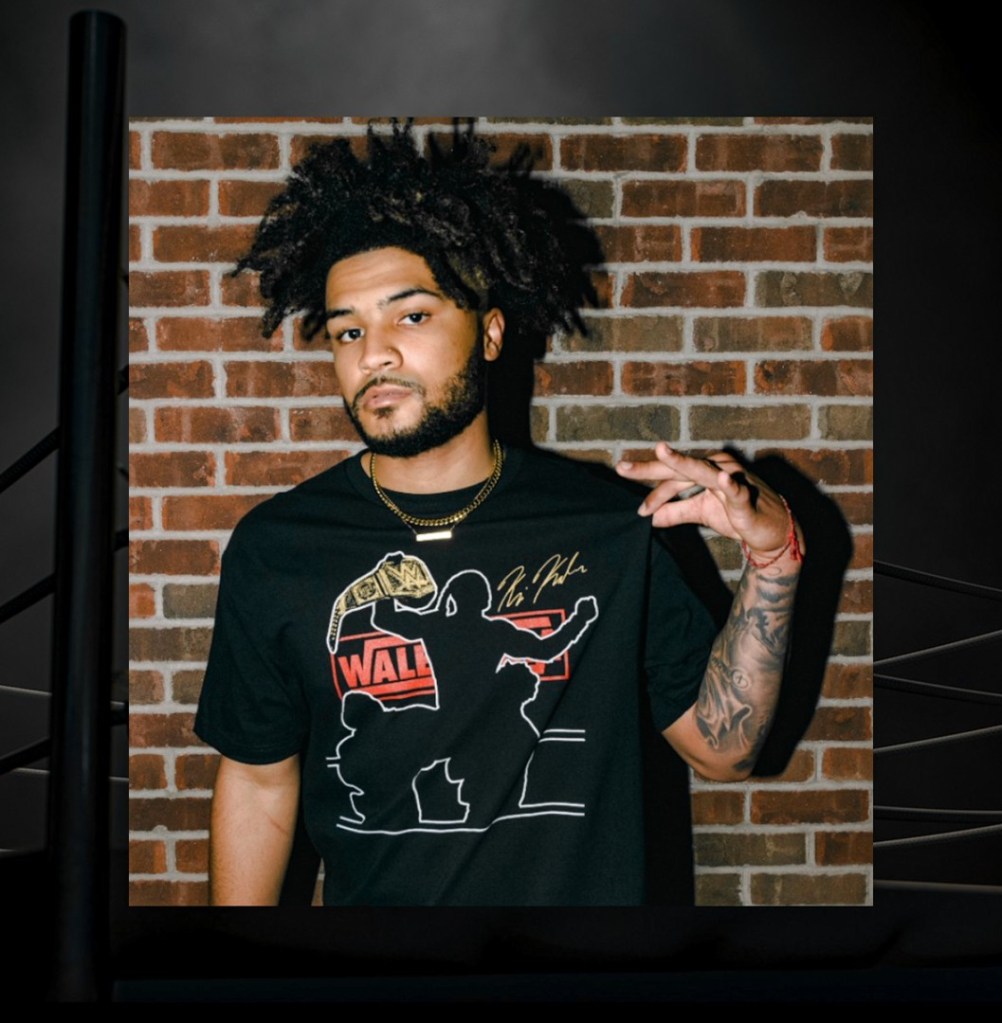 The rapper says the collaborations allow him to showcase his passions outside of music, which not only include wrestling, but sneaker culture and fashion too.

“I think extending the brand beyond music is important, especially after the year we’ve all just had,” he says. “It’s always good to show your supporters more sides of you, and I think this year we all learned a lot more about ourselves than we probably were ready to. That being said, I think a lot of my fans and supporters know my name is synonymous with sneakers and sneaker culture, my respect for the sneaker world is genuine and this is a fantastic opportunity to collaborate with the biggest in the game.”

As for who he’s rooting for at Wrestlemania (streaming free this year for Peacock subscribers): “I think I’m most excited to see Bianca [Belair] vs. Sasha [Banks], and Big E vs. Apollo Crews,” he says, “but mostly I want to see Bad Bunny put hands on The Miz.”

Pricing for the 2021 WaleMania collection ranges from $35 to $80. See the full selection on FootLocker.com and Footaction.com.