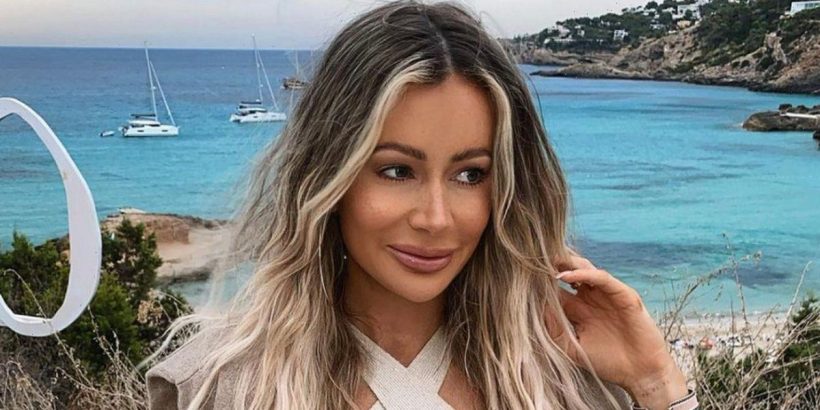 Olivia Attwood has appeared to throw shade at Chris Hughes after a fan commented on Jesy Nelson's new song, which insinuated she only likes "bad boys."

The singer, 30, released her debut solo single Boyz last week and since then, the music video has been at the centre of 'Blackfishing' claims – a term used to accuse someone of pretending to have Black or mixed-race heritage for their own gain.

And on top of this, many fans have waded in to discuss the track, which sees her address how "bad boys" are normally the type of man she will go for. However, some have picked up on the fact that the men Jesy has been involved with romantically, including Chris, 28, and Coleen Nolan's son Jake Roche, 29, are far from the stereotype she sings about.

One fan wrote on Twitter: "Sorry but I just can't get over Jesy doing a while song about liking 'hood' bad boys for life when her exes are Chris Hughes and Coleen Nolan's son."

Soon after, a fan replied with: "The (tea emoji) is steaming," with a wink face, which Olivia Attwood, 30, liked from her profile.

Olivia dated Jesy's ex Chris after the pair first crossed paths on Love Island back in 2017.

Liv and Chris – who is now dating Annabel Dimmock – parted ways seven months after meeting on the show, which was only a few weeks prior to their reality show Chris and Olivia: Crackin' On was set to air.

While the TOWIE star went on to rekindle her romance with Bradley Dack – who she is now engaged to marry – Chris moved on and found love elsewhere with Jesy.

Three weeks into their new relationship, Jesy dumped Chris before deciding to give things another go.

They then officially broke up after 16 months as girlfriend and boyfriend.

Jesy previously dated Coleen Nolan's son Jake Roche, 29, between September 2014 and November 2016, with the former couple getting engaged in July 2015.

When the star announced her decision to leave Little Mix, Coleen, 56, threw her support behind the singer.

'I've got feelings for Jesy because I've known for very well. I totally get it. I was in a girl band and was with family, so you always felt protected," Coleen said on Loose Women.

She continued: "From knowing Jesy in the past, I've not seen her for a few years now, but when I knew her she was struggling with it all.

"I think it's the right decision for her mental health and I wish her all the best. I think it's a hard but brave decision."

For all your updates on Olivia Attwood, her work commitments and romantic life, sign up to our daily OK! newsletter.