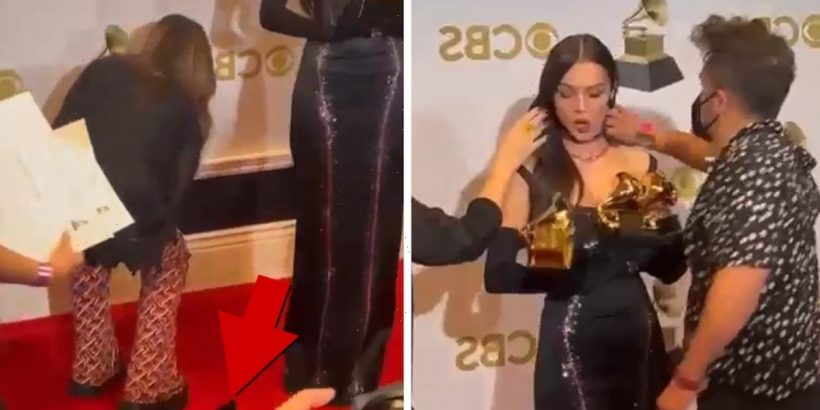 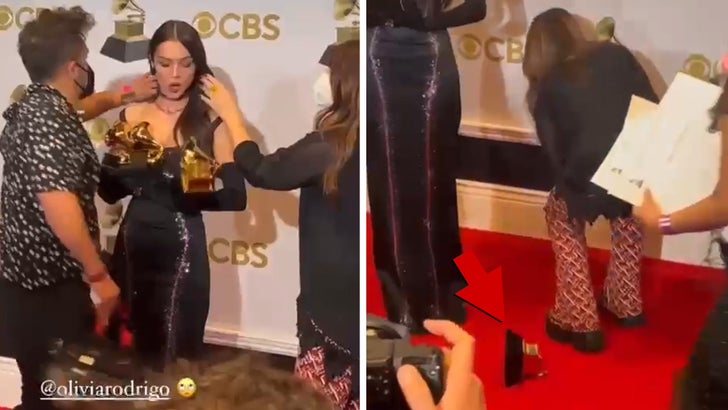 Olivia Rodrigo has one more very cool thing in common with her idol, Taylor Swift — the teenager’s the proud owner of a banged-up Grammy! Hey, it’s hard to hold 3 of ’em at once.

The 19-year old performed her hit “Drivers License” during the 64th Grammy Awards … and then went on to snag 3 golden trophies, and that’s where her troubles started. 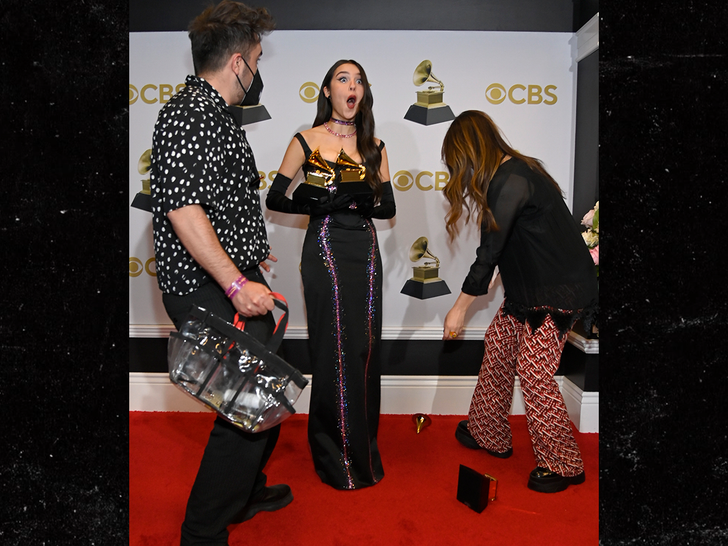 After the show, Olivia was posing for some pics with her 3 Grammys when one slipped out of her hands and broke in half. The look on her face at the moment of impact was priceless.

It’s kinda funny, fans quickly pointed out how similar the moment was to Taylors at the 2010 Grammys. She’d won 4 that night and one went boom during press pics. 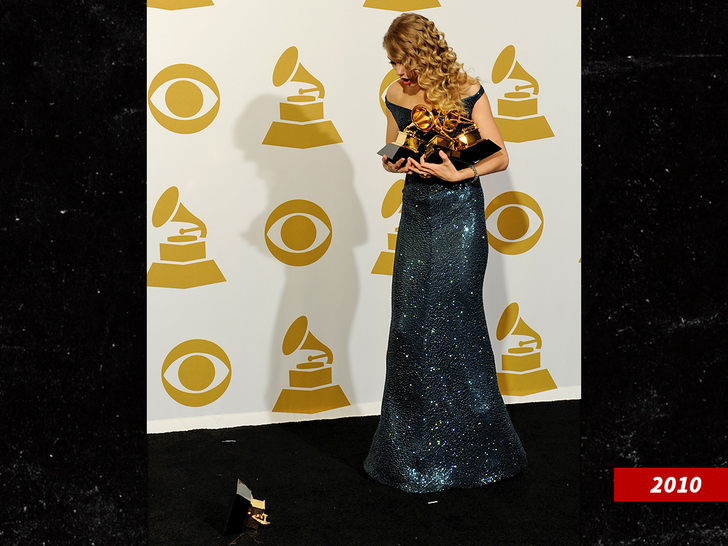 The photos and their reactions are pretty damn similar — and it’s no secret Olivia’s looked up to Taylor, who’s supported Olivia’s rising career.

Unclear which one snapped in 2, but the Academy will hook her up with a replacement. The ones they’re handed are just for show, and the actual engraved trophy comes in the mail.