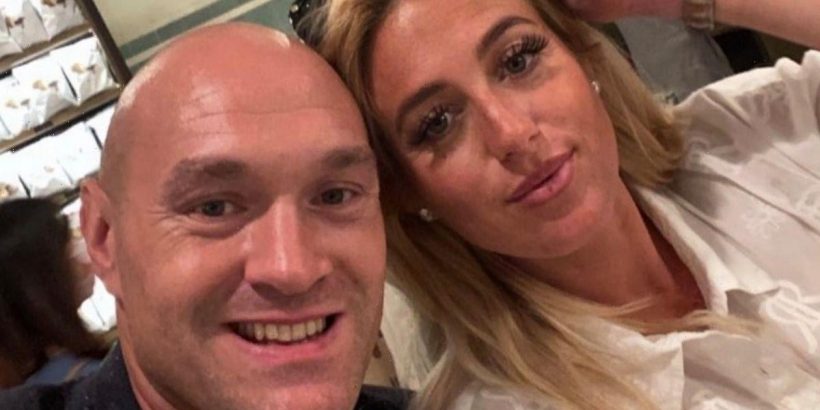 Paris Fury has spoken about how she “doesn’t get jealous” despite the attention her boxing champion husband Tyson receives from female fans.

The 31-year-old has spoken in a new interview about the pressures of fame and how it affects the couple’s relationship.

She told The Sun: “These young women that come over to Tyson [in public], they don’t bother me. I don’t get jealous. If Brad Pitt walked in here now, I am grabbing hold of him and having a cuddle – that doesn’t mean I want to have an affair with him!”

Paris and Tyson have been together since they were teenagers and have six children together – Venezuela, 12, Prince John James, nine, Prince Tyson II, four, Valencia, three, Prince Adonis, two and nine-week-old Athena.

However, despite their relationship seeming strong now, the couple were tested in recent years as Tyson stepped back from the spotlight due to struggles with addiction and mental illness.

Tyson was later diagnosed with bipolar disorder, got sober and won his two comeback fights in 2018. Paris shared how she considered leaving the boxer, but stayed as she felt a “responsibility to keep him alive.”

She explained: “I really did think [about leaving him] numerous times, but I stayed because I love the person that he is – flaws and all. I knew if I wasn’t there, there was no one there to look after him. I felt a responsibility to keep him alive, and if I left, he would not be here.

“It wasn’t a fairy tale. Mental [ill] health is such a hard thing. We lived it by ourselves and kept it very hush. Tyson was so severely ill and paranoid and I was pregnant and had all these children.

"I was just trying to keep everything together. When Tyson went public about it, I found it easier to handle. He went to therapy a few times and I would advise anyone to [do that]. I prayed that he was going to get better, and he did. And now we’re on top of the world, so there’s the light at the end of the tunnel.”

The mum of six also recently revealed that her daughter Venezuela left school at age 11 in line with traveller tradition.

Paris told The Sun's Fabulous magazine: "We finish school at primary age, which is the traditional traveller way.

"We’ve just brought the tradition into the 21st century. Venezuela wanted to leave school and all her friends were leaving.

"Her tutor is gonna keep her up to date with all of her tests. She will also be having piano lessons."

She also said that having her daughter in full-time school would be difficult due to the family’s hectic travelling schedule.

The family also have a home in Las Vegas and regularly jets back and forth to America to support hubby Tyson.

“We move so much,” Paris said. "It wouldn’t work if they were in school full-time to then be off to America."

For the latest Paris and Tyson Fury news, sign up to OK!'s daily newsletter here