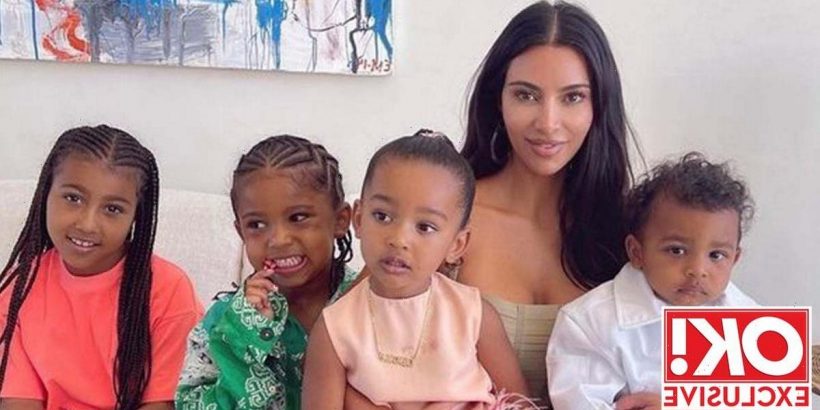 Kanye West vowed Pete, who he's nicknamed 'Skete', would never meet the four children he shares with Kim, but it seems they've reached a new milestone, with Pete spotted riding around in an electric car with eldest North this weekend.

But as the couple take things to a new level, a relationship expert has warned that any attempts by Pete to take the place of Kanye as their dad would be "disastrous."

Expert Emma Pruen told OK!: "The kids will already be going through enough with Kanye’s behaviour and ongoing media attention.

"Pete could really help matters by acknowledging and respecting both parents. Any attempts to disrespect Kanye would sabotage whatever he has with Kim, however much he may want to speak out about him."

Doting mum Kim is rarely seen without one of her adorable kids by her side, and Emma continued to say that, whatever happens with Kim and Pete, the children need to know they'll "remain Kim's priority."

"Children hold within them both their mother and their father. When the parents are in conflict this sets up an internal conflict within each child."

Kanye has been vocal in the past about how he does not want any of his four children to meet Kim’s new partner.

The Saturday Night Live comedian has been dating Kim since October 2021 after the pair met when Kim appeared as a guest host on SNL.

Pete and Kim's romance has hotted up in recent months – with the pair going Instagram official and Pete getting several inkings dedicated his new belle.

However, things haven't been smooth sailing for the couple as Kim's ex has hit out at the comedian and reality mogul in several Instagram posts.

Kayne leaked text messages from Pete on his social media. In the messages Pete said: “As a man, I would never get in your kids way, that’s a promise.”

Kanye replied: “No you will never meet my children.”

For your latest lifestyle and showbiz news, sign up to OK!'s daily newsletter here