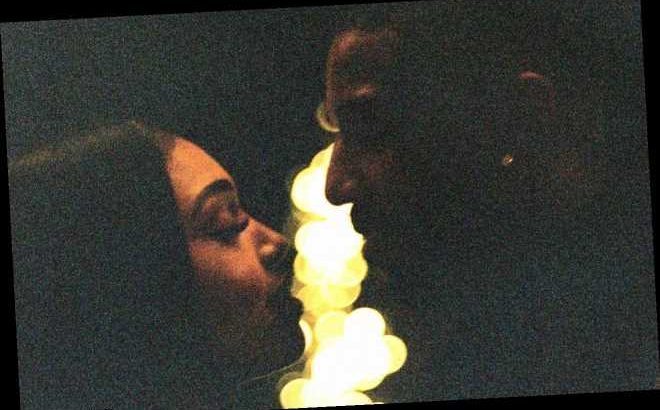 The Internet personality and the ‘Fruitvale Station’ actor appear to have a blast while jet-skiing together and canoodling on a spacious board in the water.

AceShowbiz –Lori Harvey and Michael B. Jordan just can’t get enough of each other after going public with their relationship. The lovebirds packed on the PDA during a romantic getaway in St. Barts following her birthday celebration.

The pair were caught on camera canoodling while floating on a spacious board on Sunday, January 17. In a number of pictures obtained by The Shade Room, they were seen snuggling and sharing a laugh as the actor held a martini glass.

Lori and Harvey also appeared to have a blast when riding jet ski. They enjoyed speeding through the waves separately, but they were also seen smiling ear-to-ear as the Internet personality sat behind her beau on the same jet ski.

Lori bared her hot bod in a floral print and barely-there bottom of the two-piece, while Michael flashed his toned abs in a pair of blue swim trunks. The Adonis “Donnie” Creed depicter of “Creed” films appeared to get playful when helping Lori dry herself, wrapping a towel around her face.

Michael previously showered his girlfriend with dozens of white roses on her 24th birthday on January 13. Taking to her Instagram Story to show the present she received from her special person, she wrote over the clip, “Thank you baby.”

The “Black Panther” actor also gave Steve Harvey‘s stepdaughter a sweet birthday shout-out on his Instagram page, revealing their cute nick name for each other in the process. “Gimmie!! Sheeesh!! Happy Birthday Turtle!!” he wrote along with a picture of Lori getting her hands messy with a cake. Lori replied, “thank you nugget.”

A source later dished on Lori’s special day, which she spent with her beau and her family. “It was really important to Lori that Michael be there to celebrate her 24th birthday with her and her family because she definitely sees their relationship going somewhere,” the source told HollywoodLife.com.