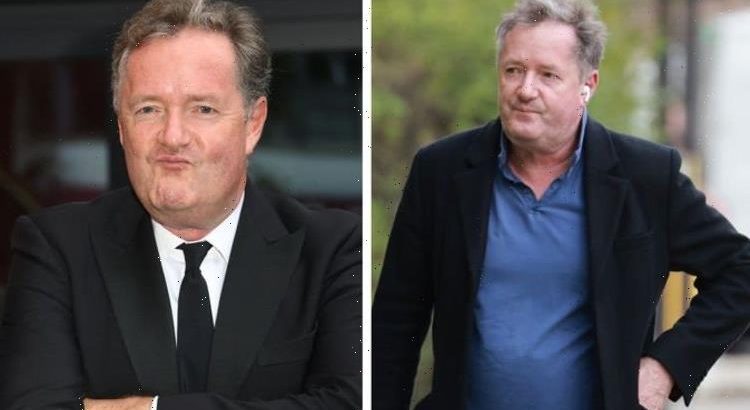 The Wheel: Michael jokes about doing a 'Piers Morgan'

Piers Morgan, 56, addressed the incident on his official Twitter page while giving his 7.9 million followers a rundown of what the “gentleman” had said.

He tweeted: “Merry Christmas to the delightful gentleman who just stopped his car in Chiswick to video me on his phone as he shouted: ‘Piers Morgan, you’re a f***ing p***k!’

If I had a car that cheap, and a head that gnarled, I’d be permanently enraged too

“To be fair, if I had a car that cheap, and a head that gnarled, I’d be permanently enraged too.”

The former Good Morning Britain star’s fans were clearly amused by the tweet as they took to the comment section to weigh in with their thoughts.

@ChairmanOfThe19 quipped: “That’s how I speak to my mates all the time to be fair.”

Another fan, @EdwardCaravan, wrote: “Didn’t get to you at all did he? Ran home to tweet to your 7m followers, he’s absolutely reeled you in there.”

@Purbrooktony chimed in: “There must’ve been kids around if he only used language like that to describe you?”

Meanwhile, one annoyed Twitter user, @CanadaG25396537, wasn’t happy with Piers making fun of the unidentified man’s inexpensive vehicle, tweeting: “The saddest thing about this is that you think there is something wrong with having a cheap car.”

Another fan, @torzid34crane, joked that the person who shouted the insult at Piers “was probably” Lord Alan Sugar, who shared a lengthy feud with the journalist last year over the latter’s criticism on the Government’s handling of the pandemic.

The Apprentice star took issue with Piers over the matter and called him out on Twitter, prompting a huge rift between the two, which the TV broadcaster claims has since been settled.

In his latest column for Daily Mail, the father of four wrote he “began to miss the old goat,” who he hadn’t spoken to for almost a year after their feud in May 2020, when Piers announced he would ban cabinet ministers from appearing on GMB.

In an interview with The Sun last year, Lord Alan said he was “sick and tired” of Piers’ “terrible reporting”, after utilising his Twitter account to question his former Apprentice co-star why he thought a minister would want to appear on the ITV programme if they were only going to be scrutinised and bullied.

But it looks as if the pair have called a truce.

“I’ve even missed Sugar as a human being,” Piers wrote in his column before recalling the plentiful occasions he and Lord Alan had enjoyed holidays to St Tropez with their families together.

He also shed light on an “incredibly kind letter” the businessman sent after Piers’ father had suffered a stroke, noting that “beneath his gnarly, blunt and often breathtakingly rude exterior, he’s got a good heart”.

Lord Alan’s spokesperson had supposedly reached out and suggested that the two settle their differences once and for all with a get-together.

In an email he would send to his friend-turned-foe, Piers wrote: “I’ll be honest, I thought you went OTT with the abuse, which got way too personal, obsessive and nasty.

“I was only doing my job of holding the Govt to fierce account for the appalling way they handled the pandemic which cost many thousands of lives.

‘“But I’ve almost missed you, and I’ve definitely missed Lady Ann, so let’s put it behind us and bury the hatchet. Just let me know which part of your skull you’d like me to bury it in”.’

Erron, who has taken over as Executive Creative Director at News UK Broadcasting, revealed to fans on Twitter that the prime time show is expected to premiere early next year.

Piers’ decision to venture out and launch a new programme of his own has consequently ruled out any chances he will return to GMB in the foreseeable future.