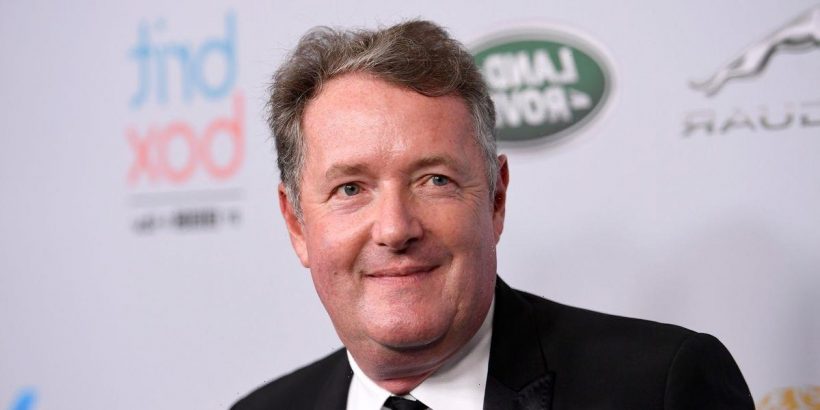 Ex Good Morning Britain host Piers Morgan has been rumoured to take part in reality show I’m A Celebrity…Get Me Out of Here! for years but, a PR expert has claimed it’s unlikely he ever will take part due to his ongoing “feud” with hosts Ant & Dec.

An expert has recently revealed that she believes Piers “wouldn’t want to do the show” due to his ongoing “feud” with the Geordie presenters and how he “loves to throw shade” on the show.

PR expert Rochelle White has told the Star online that she’s convinced he wouldn’t take part in the show as “he is not a fan of Ant and Dec – particularly when it comes to the NTAs”.

To get all the latest news on Piers Morgan, sign up for OK!'s daily newsletter here.

She added of Piers and the hosting duo's NTAs face-off: "The feud between them, although light-hearted, is all a bit tongue-in-cheek. They all seem to throw banter at one another, and Piers loves to throw shade around I'm A Celebrity."

The PR expert went on: "I feel that he wouldn't want to do the show as that gives the public a reason to keep him in and vote for him to do the Bushtucker trials.

"As we have seen previously, if the public aren't a fan of someone, they will keep voting them to do things.

"Piers has historically been quite harsh on past contestants, he knows that he won't be able to control the narrative others will have on him."

Rochelle continued: "As a journalist, Piers knows what people want to see and hear, and he is very good at capitalising on that. There are always inappropriate jokes, but he always seems to make amends at some point."

Piers, 56, has made no secret of his feud with the popular duo and openly insisted he would “never” take part in I’m A Celeb earlier this year.

I'm A Celeb hostsAnt McPartlin, 45, andDeclan Donnelly, 46, urged Piers to appear on the show after it was suggested byLorraine Kelly.

Speaking on her daytime ITV show earlier this year Lorraine, 61, told hosts Ant and Dec: "I'm A Celebrity… Get Me Out Of Here! will be looming very very soon and of course all the rumours are just starting.

"You have always said you guys want Piers Morgan to go in there. Is that still the case?"

Ant replied: "He's not working at the moment, so you know, he'll be looking for a job."

Lorraine commented: "He's got a bit of time on his hands, who knows."

But Piers declined the offer and is known to speak out about the TV favourites winning best presenters at the National Television Awards for the past 20 years.