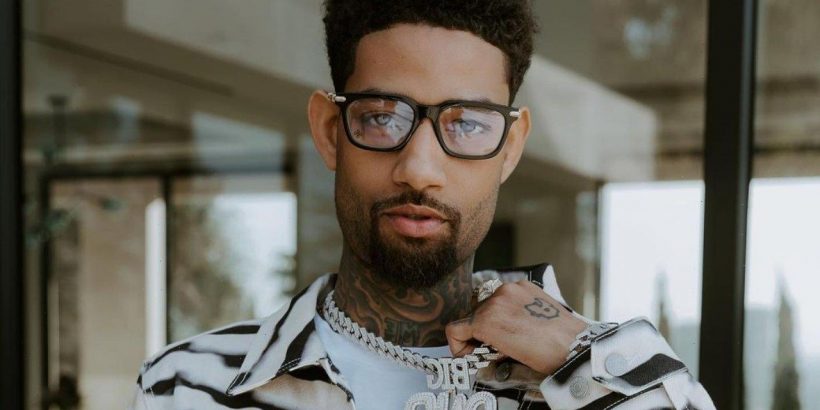 According to Bucks County prosecutors, the ‘Bad Vibes Forever’ hitmaker, who was arrested two years ago for the felony, is sentenced to 36 months of probation and 100 hours of community service.

AceShowbiz -Rapper PnB Rock has been sentenced after agreeing to plead guilty to stolen gun and marijuana charges. The “Bad Vibes Forever” hitmaker received the sentence more than two years after he was arrested in January 2019 for the felony.

On Monday, August 23, the hip-hop star, whose real name is Rakim Hasheem Allen, entered an open guilty plea to one count of receiving stolen property and one count of possession with intent to deliver, according to Bucks County prosecutors. The Philly native was then sentenced to 36 months of probation for each count, which will run concurrently, and 100 hours of community service. He was also permitted to transfer his supervision to California.

The 29-year-old rapper was taken into custody in January 2019 after police executed a search warrant at his home near Philadelphia following “numerous complaints of loud parties and the constant smell of marijuana coming from the residence.” At the time, investigators said they developed probable cause that he was selling marijuana.

During the search, police officers discovered four pounds of marijuana, scales, packaging material, over $33,000 in cash as well as a stolen .40 caliber Glock handgun. PnB was charged with possession with intent to deliver, possession of narcotics, receiving stolen property, criminal conspiracy and other related offenses.

At the time, PnB was busted along with his girlfriend Stephanie Sibounheuang. After pleading guilty in September the same year, his model girlfriend was hit with a sentence of six months of probation for possession of a controlled substance.

More recently, PnB Rock, whose latest single “Forever Never” dropped in May, was also arrested in Burbank, California. In January 2020, the rapper was sent behind bars after he was allegedly street racing while driving drunk. As a result, he injured two people.

Sources claimed that the cops observed the white BMW, driven by PnB, racing a blue and silver Rolls Royce Wraith on a local street, before he hit three parked cars, flipping one on its side. The “Fleek” hitmaker was booked for DUI and reckless driving. He was later released on $100,000 bail.