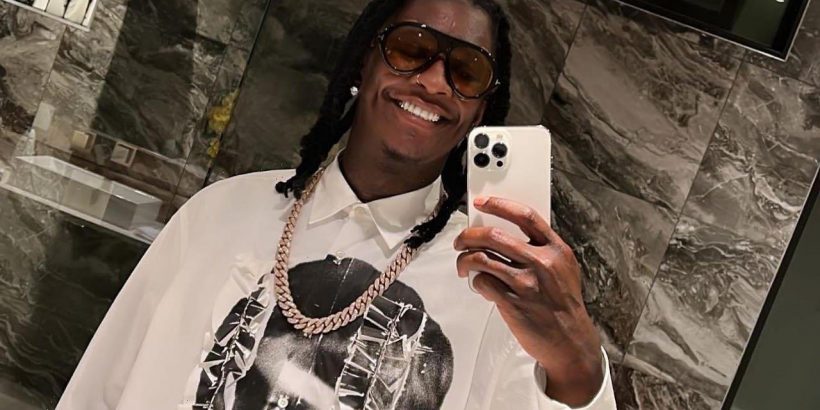 After slammed for citing the ‘Stoner’ rapper’s lyrics for the RICO charges, Fulton County authorities say in a press conference that they have incriminating evidence against the star.

AceShowbiz – Authorities apparently do not seek to prosecute Young Thug solely based on his lyrics. Police have claimed that they have multiple wiretaps of the rapper’s conversations with YSL members in which he allegedly provoked them to kill another Fulton County inmate.

Fulton County authorities just held a press conference where they spoke to reporters about the indictment released regarding the wiretaps they retrieved. A reporter asked, “Was a cellphone deliberately given to the inmate so that those conversations could be monitored?”

Refusing to answer the question, Fulton County district attorney responded, “I had an opportunity to read your editorial that you posted…and so you’re right I’m not going to answer that.” According to the report, Thug was heard saying things like, “You all ain’t beat them up or s**t yet? Y’all boys getting…” in the audio.

Thug, born Jeffery Lamar Williams, was arrested on Monday, May 9 at a Buckhead mansion after the home where he was at was raided. The Grammy Award-winning artist was booked into Fulton County Jail on multiple charges in a RICO case.

He and fellow rapper Gunna are among the 28 men charged in the 56-count Racketeer Influenced and Corrupt Organizations Act (RICO) indictment. The conspiracy charge stems from an alleged incident that occurred on January 24, 2013 while the gang charge is connected to an alleged offense from May 12, 2018. He is also accused of commissioning the use of a 2014 Infiniti sedan that he rented from Hertz and was used in the 2015 murder of 26-year-old Donovan Thomas Jr.

Gunna, whose real name is Sergio Giavanni Kitchens, has been charged with one count of conspiring to violate RICO. The 28-year-old turned himself in on May 11.

The district attorneys were recently slammed after citing Thug’s lyrics as evidence of “an overt act in furtherance of the conspiracy” for many of the charges. “YSL is not a gang and never been a gang fool,” producer Metro Boomin wrote on Twitter over the weekend. “YSL is a registered LLC and has provided countless jobs and opportunities for underprivileged black people and really just all people cause that’s how big Thug heart is.”