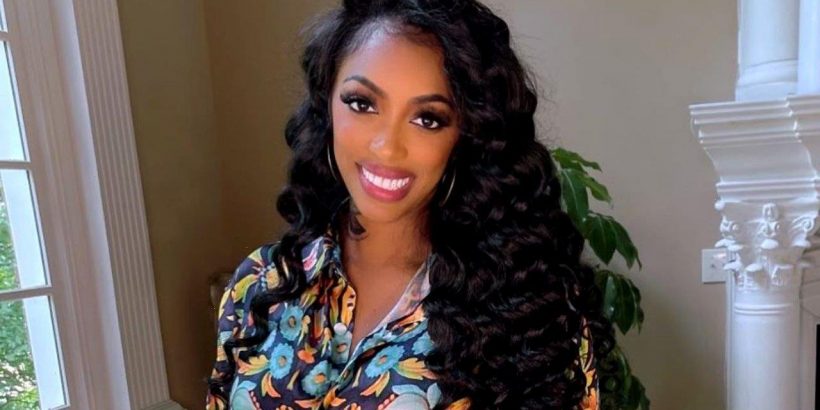 When ‘The Real Housewives of Atlanta’ star shares a body positivity message while showing off her curves on Instagram, some users doubt that her thick body is all natural.

AceShowbiz –Porsha Williams has set the record straight about which procedure she has taken to enhance her look. On Tuesday, August 24, the reality TV star took to Instagram to show off her natural tummy and derriere while sharing a body positivity message, but some people doubted the authenticity of her claims.

“PSA: If you have a** and have not had lipo or tummy tuck dis what yo stomach and body gone look like!” she wrote underneath a photo of her rocking an orange dress that perfectly hugged her curves. “Get whatever surgery you want but at least remember if you have a fupa or gut it’s OKKKKK I was just trying in my @amazon dress and figured I would share that.”

The comments were soon flooded with accusations that she has had a BBL (Brazilian Butt Lift). “Be honest. Have you had a BBL before?” one person asked, to which Porsha bluntly responded, “Now why the hell would I be saying this if I had a BBL?”

Another wasn’t convinced, stating, “Girl BYE!!! You know damn well you had a a** done and tummy tuck and breast, what kills be is when you women try to lie.” Porsha then fired back, “You follow me so you already know I would be just as proud to show my fake a** like I did in naming my fake breast ‘Coco & chanel’! Why be negative why don’t you want this message to land for girls or women who feel the need to be perfect because of the gram!”

While admitting that she did have breast surgery and isn’t against any kind of cosmetic procedures, the 40-year-old explained her intention with the post, “Why can’t I try to help with that so-called celeb body image ! If people or even me want lipo fine but we should still feel good with our regular ol’ self as well! We are normal just like anybody. It’s good to be reminded sometimes between my edited photo shoots and glam post ! Be blessed.”

When another said, “It’s ok to be natural,” Porsha replied, “and it’s ok to het (sic) surgery! They just gotta stop asking us if we pregnant We sick of sucking in.”

Porsha later dedicated another post to address the wild speculations. Having had enough with the criticism, she shared her throwback pictures to highlight that she has always had a thick body. “Don’t Play with me beeeen stacked! Tried to help but some of y’all crazy,” so she claimed in the caption.