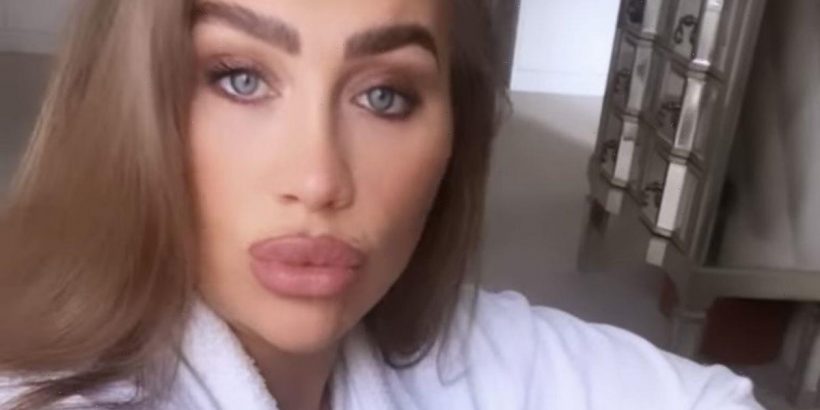 Lauren Goodger has revealed she's "very uncomfortable" as a hot and sore rash has appeared on her body at the end of her pregnancy.

The 34 year old, who recently shared a bikini snap to pay tribute to her boyfriend Charles Drury for Father's Day, took to her Instagram stories to speak out about the "unbearable" condition she's in with her 783,000 followers.

Sharing a photo of herself with a small section of the rash visible on her chest, she explained to her legion of fans: "The rash is unbearable tonight and it's spreading! Had so many dms about mums who had the same !

"It's the same as a heat rash called Pupps. It's not harmful to me or baby just very very uncomfortable and feels like sunburn .. so I'm covered in calamine lotion…

"Honestly making this last bit unbearable feel like my skin is moving it's so hot and sore and the itch it's something else!!! The joys of hormones!!! Literally can't take it anymore !!!"

The Pruritic urticarial papules and plaques of pregnancy (PUPPP) rash is an itchy rash that appears in stretch marks of the stomach during late pregnancy and is common amongst first-time mums.

While annoying, it does not cause harm to either the mother or the baby.

The former TOWIE star was immediately inundated by messages of concern from her fans, with many suggesting The Grandpa Soap as a possible solution.

Posting a photo of the soap, she thanked her followers and explained that she's ordered it online.

Lauren, who recently showed off her baby bump in a pool as she plans a water birth, continued: "Jesus really don't need this uncomfortableness I'd rather have morning sickness back!!! It's not letting me sleep either

"Also I've been to see my midwife (I am very organised in this pregnancy ) and I've had my bloods done [check mark emoji] so as far as we are aware it's Pupps which is caused by strong increase of hormone (I'm at the end) but will let you all know !

"A lot of dramatic DMs and concerns but let's see if this works !!!!"

"Exhausted I am so tired and it won't let me sleep this itchy sore rash has literally taken over my end of pregnancy".

The reality star added: "Prob the worst part of my pregnancy feel [crying face emoji]". alongside the time, which was 3:36 in the morning.

For updates on Lauren's pregnancy, sign up to our daily OK! newsletter.