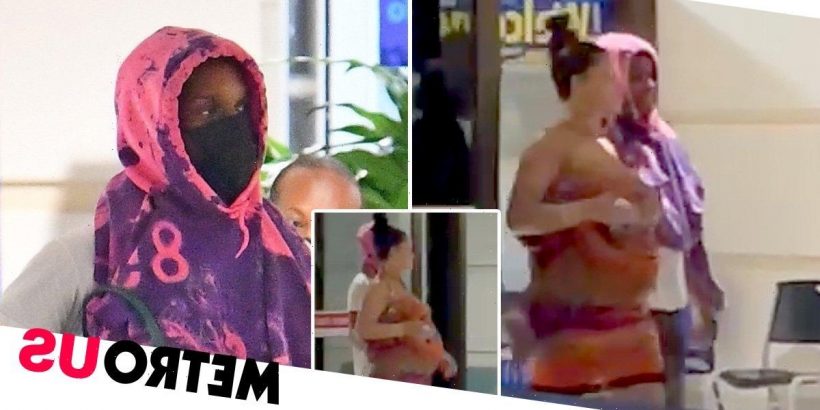 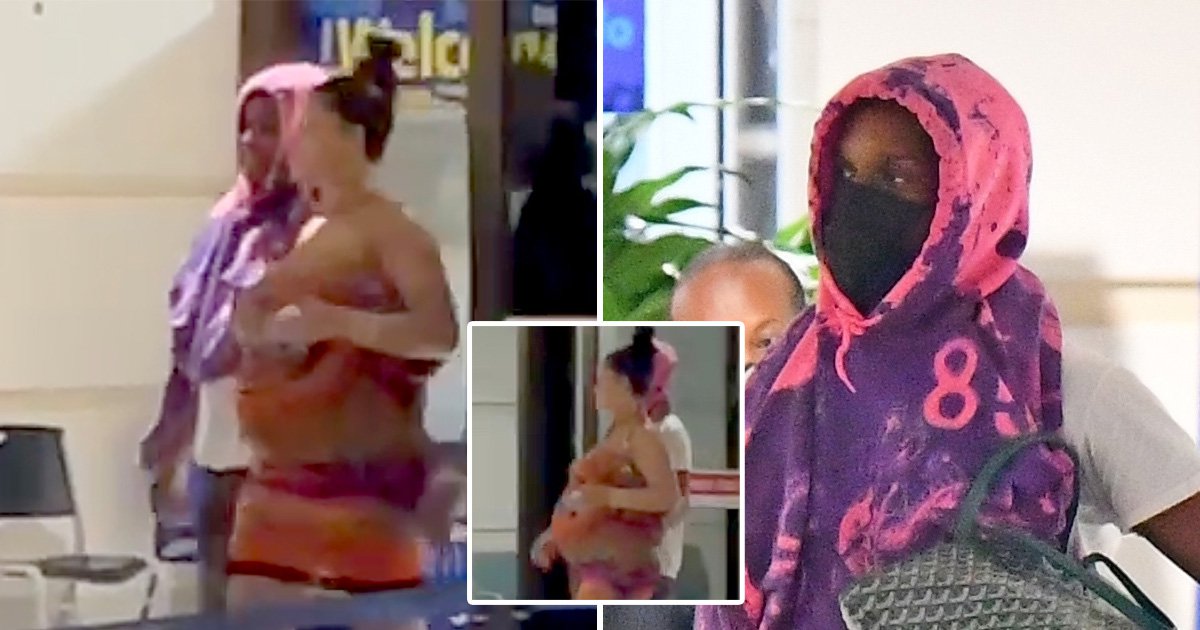 Rihanna and A$AP Rocky have been spotted reuniting after they were hit by split rumours.

The rapper was accused of cheating on Rihanna, who’s pregnant with their first child, with Amina Muaddi – a claim that the designer has described as an ‘unfounded lie’, with sources close to the couple also branding it ‘100 per cent false’.

The pair are yet to speak out but were pictured meeting up at a Barbados airport on Saturday.

Heavily pregnant Ri, 34, donned a colourful printed dress and heels as she headed to a car alongside A$AP, 33, who was seen clutching bags.

The star looked as glam as ever weeks before giving birth, also rocking gold jewellery as she met her partner and his family in her native Barbados.

Amina, who has designed shoes for Rihanna’s brand Fenty, recently spoke out on the claims, which spread online.

She wrote: ‘I’ve always believed that an unfounded lie spread on social media doesn’t deserve any response or clarification, especially one that is so vile.

‘I initially assumed that this fake gossip – fabricated with such malicious intent – would not be taken seriously. However in the last 24h I’ve been reminded that we live in a society that is so quick to speak on topics regardless of factual basis and that nothing is off limits.

‘Not even during what should be one of the most beautiful and celebrated times in one’s life. Therefore I have to speak up as this is not only directed towards me but it is related to people I have a great amount of respect and affection for.

‘While Rih is continuing to live her serene, best dressed pregnancy life and I go back to my business – I wish everyone a beautiful Easter weekend!’

A source associated with both Rihanna and A$AP had previously said the rumours were ‘100% false,’ adding to TMZ that the claims are: ‘1 million percent not true. They’re fine.’

The rumours appear to be down to a tweet from designer Luisa Via Roma, which reads: ‘Rihanna & ASAP Rocky have split. Rihanna broke up with him after she caught him cheating with shoe designer Amina Muaddi.’

Rihanna is currently in the third trimester of her pregnancy, and has been stunning fans with her stylish maternity outfits since revealing she was expecting in January.

She and A$AP have been together since 2020 but have known each other for close to a decade.

They announced that they were expecting their first child earlier this year with an adorable photo shoot in New York City.

‘People don’t get out of the friend zone very easily with me,’ she told Vogue US of her relationship.

‘And I certainly took a while to get over how much I know him and how much he knows me, because we also know how much trouble we can land each other in.’

Rihanna slowly let her guard down and things between the two became more serious during the pandemic, as he became her ‘family’ in that time.

When asked if they had been planning to start a family together, the We Found Love musician added: ‘I wouldn’t say planning. But certainly not planning against it. I don’t know when I ovulate or any of that type of s**t. We just had fun.

‘And then it was just there on the test. I didn’t waste any time. I called him inside and showed him. Then I was in the doctor’s office the next morning and our journey began.’