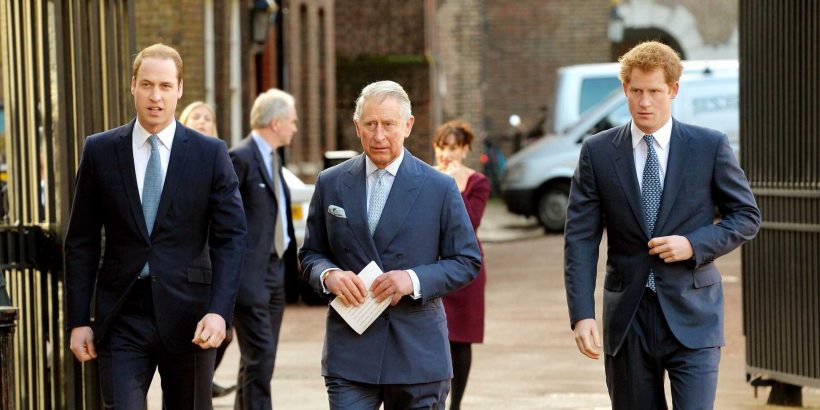 Prince Harry reunited with his family for the first time since his bombshell Oprah interview, and it looks like they’re attempting to reconcile—though the situation remains tense. A family friend tells Vanity Fair royal reporter Katie Nicholl that Prince William and Prince Harry were “told to put their differences aside” during Prince Philip’s funeral, but that “William and other members of the family have some very strong feelings about some of the things Harry and Meghan said on Oprah and things need to be talked through.”

William and Harry briefly spoke on their way out of the service, and then had a private talk with their father, Prince Charles. According to Vanity Fair’s sources, Charles is “desperate” to reconcile with Harry, but William is a bit more hesitant: “William needs to know he can trust Harry and that private conversations will stay private.”

Meanwhile, The Sun reports that Kate Middleton joined Harry, William, and Charles for talks at Frogmore, with their source saying “Harry obviously felt outnumbered as there are three of them and only one of him so wanted it to be on his home turf.”

It’s unclear how much more time Harry will spend in England with his family, but The Mirror repots that things between him and William are still “extremely frosty.” Meanwhile, Katie Nicholl says Harry is eager to reunite with Duchess Meghan Markle in California, with a source confirming that “Harry felt terrible leaving Meghan behind, it has been a very hard week and he wants to get back to her as soon as possible.”