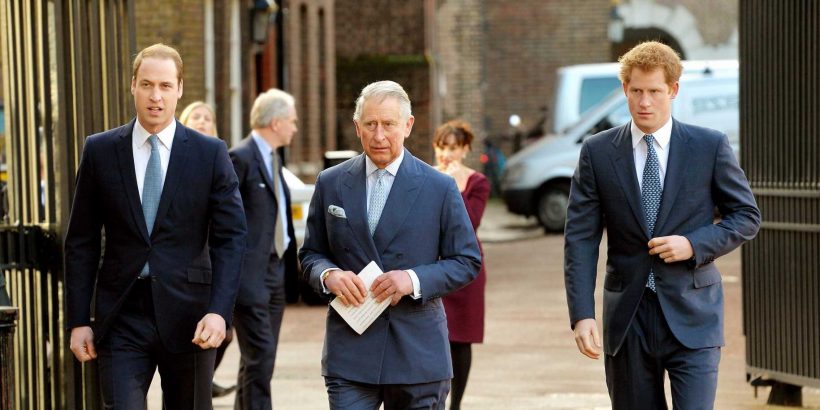 Things are still all kinds of tense between Prince Harry and Prince William, but it looks like Prince Charles is ready to bury their feud—mostly thanks to his grandkids Archie and Lilibet. Royal expert and author Katie Nicholl says that the recent meeting between Charles and his grandchildren during the Queen’s Jubilee was a game changer, and that he’s ready to be more involved in their lives.

Apparently, Charles deeply treasures “these times with his grandchildren” and he is “quite sad that there aren’t enough of them with Archie and Lilibet.” Their recent hang session has also “paved the way for some more conciliatory talks.”

“He loves his son but he wants to forgive his son for everything. He wants to repair that relationship and move on,” Katie says. “A big part of that is him wanting to be a grandfather and see those grandchildren. It may mean a few more transatlantic trips, but he wants to enjoy this experience.”

This echoes what a senior royal source recently said about the trip (via The Sun): “It was fantastic to see them. It was wonderful to have them back in Britain,” the insider said. “The prince and the duchess were absolutely thrilled to see them. The prince, of course, hasn’t seen his grandson Archie for a bit of time and so it was very, very, very special to have some time with him. He hadn’t met Lili, his granddaughter, and so to meet her was very emotional, a very, very wonderful thing.”

Great to hear, but unfortunately Prince William isn’t exactly in the same place, and Katie Nicholl says there are lingering trust issues between them. More on that here: