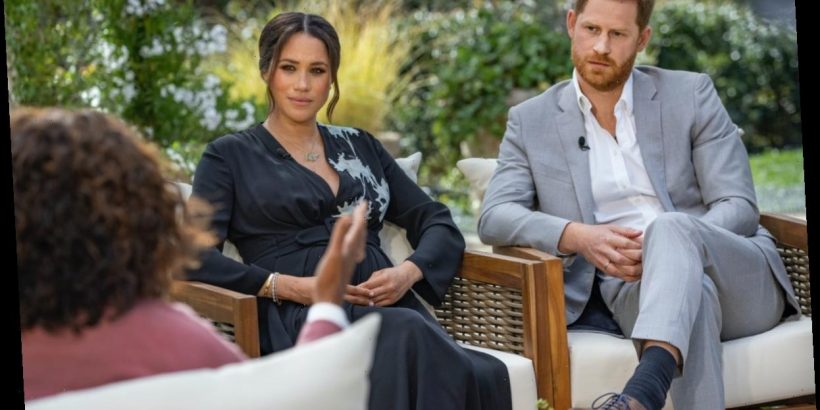 Marrying a prince and living in a castle might seem like a total fairytale, but for Meghan Markle, it was everything but. In a two-hour sit-down interview with Oprah Winfrey, which aired on March 7, Meghan and Prince Harry made several shocking statements that exposed how painful their time as working members of the royal family really was. Prince Harry and Meghan Markle’s quotes about royal life reveal a deeply unsettling reality that unmasked the roles that royal protocol and racism played in their decision to step away from their lives in the United Kingdom.

As Oprah teased before the interview aired, no topic was off limits. The Duke and Duchess of Sussex talked about everything from Meghan’s first meeting with Queen Elizabeth II to how she got to the point where she “didn’t want to be alive anymore.” Harry touched on where his relationship with his family stands today, and how disappointed he was when his father, Prince Charles, stopped answering his phone calls as distance grew between the Sussexes and the rest of the family. Throughout the interview, Meghan and Harry were careful to make the distinction between the queen (whom Meghan said is “wonderful”) and “the firm” — the royal family and their professional associates, including public relations specialists and lawyers. Among several other jaw-dropping pieces of information, they said the institution failed to protect them from the British press and denied Meghan help with her mental health when she asked for it. (CW: This story discusses suicidal ideation.)

Here’s what else Meghan and Harry said about the truth behind royal life.

Meghan Described Her First Meeting With The Queen 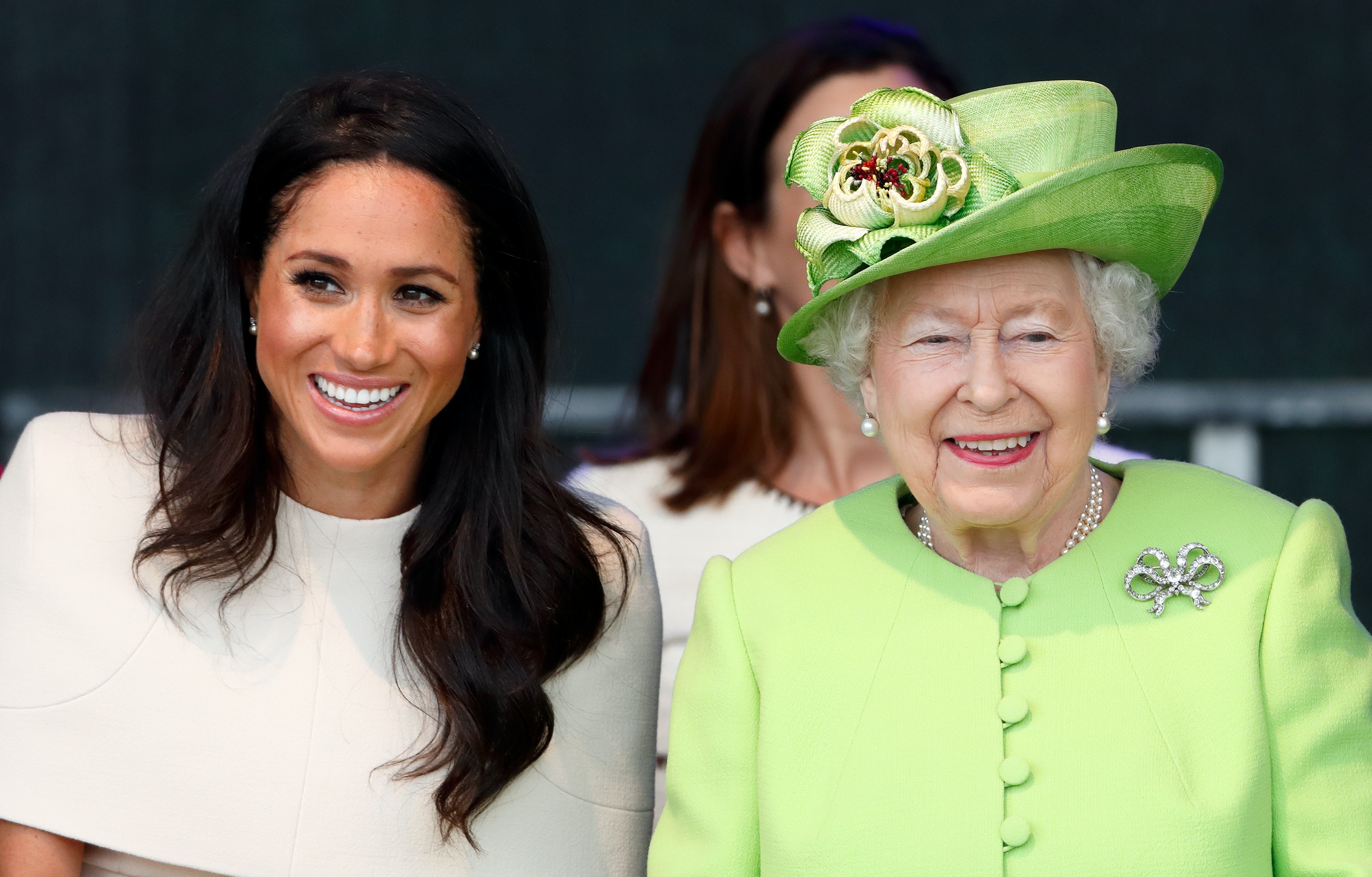 Contrary to what you’ve probably seen in movies, Meghan didn’t actually get a crash-course in how to be a royal. In fact, moments prior to meeting the queen, Harry asked his then-girlfriend if she knew how to curtsy. She was shocked. “I thought genuinely that was what happens outside; I thought that was part of the fanfare,” Meghan said. “I didn’t think that was what happens inside. And I said, ‘But it’s your grandmother,’ and he said, ‘It’s the queen.’”

Luckily, Meghan made it through her first curtsy just fine. “Then just we sat there and we chatted and it was lovely and easy,” she said. It sounds like the two women have a close bond, despite the family’s strained relationship. “The queen has always been wonderful to me,” Meghan said.

Meghan, a Los Angeles native, grew up far outside the British Commonwealth and wasn’t fully aware of what royal life involved prior to meeting Harry. “I went into it naïvely because I didn’t grow up knowing much about the royal family,” she said. “It wasn’t something that was part of conversation at home, it wasn’t something that we followed.”

As a result, it sounds like their wedding — which was viewed by 47 million people in the United States and United Kingdom — was an overwhelming day. "It was like having an out-of-body experience I was very present for,” she recalled. “I think we were both really aware, even in advance of that, this wasn’t our day, this was the day that was planned for the world." Upon assuming her new position as a working royal, the Duchess made a formal effort to forge relationships with her new relatives. “I wrote letters to his family when I got there, saying, ‘I am dedicated to this, I’m here for you, use me as you’d like.’ I just wanted to make them proud.” Those letters must have been gorgeous; Meghan studied penmanship at her all-girls Catholic school and worked as a calligrapher while she got her start in Hollywood.

Meghan & Harry Were Concerned By The Firm’s Lack Of Protection

The firm offers royalty certain protections in exchange for the work they do on behalf of Buckingham Palace. But according to Meghan, the monarchy fell short when it came to defending her from racist and sexist attacks by the British tabloids and broke protocol by refusing to provide their son, Archie Mountbatten-Windsor, with a security detail. This lack of protection ultimately contributed to Meghan and Harry’s decision to lead a more private life.

“I mean, they would go on the record and negate the most ridiculous story for anyone, right? I’m talking about things that are super artificial and inconsequential. But the narrative about, you know, making Kate [Middleton] cry, I think, was the beginning of a real character assassination. And they knew it wasn’t true,” she said. “Not only was I not being protected, but that they were willing to lie to protect other members of the family, but they weren’t willing to tell the truth to protect me and my husband.”

She continued, "They said [Archie’s not going to get security] because he’s not going to be a prince. OK, well, he needs to be safe, so we’re not saying don’t make him a prince or princess, but if you’re saying the title is what’s going to affect that protection, we haven’t created this monster machine around us in terms of clickbait and tabloid fodder. You’ve allowed that to happen, which means our son needs to be safe."

Meghan explained her concerns were not about the pomp and circumstances of Archie’s title, but rather that "the first member of color in this family isn’t being titled in the same way as other grandchildren would be."

Meghan revealed, “In the months when I was pregnant, we have, in tandem, the conversation of, he won’t be given security, he’s not going to be given a title, and also, concerns and conversations about how dark his skin might be when he’s born.”

Harry added, “That conversation, I’m never going to share [the details of it]. It was awkward and I was a bit shocked.”

During the March 8 episode of CBS This Morning, Oprah told Gayle King that Harry asked her to clarify those comments were not made by Harry’s grandparents. During her pregnancy with Archie, the pressures of royal life caused Meghan to experience suicidal ideation. “I just didn’t want to be alive anymore. And that was very clear and real and frightening,” she said.

She confided in her husband at the time, then attempted to seek professional care. “I was told that I couldn’t [get help], that it wouldn’t be good for the institution,” she explained. “I went to one of the most senior people to get help. And I share this because, there are so many people who are afraid to voice that they need help, and I know how hard it is not to just voice it, but to be told no.”

She revealed, “Human resources said, ‘My heart goes out to you because I see how bad it is, but there’s nothing we can do to protect you because you’re not a paid employee of the institution.’ This wasn’t a choice, this was emails and begging for help saying very specifically, ‘I am concerned for my mental welfare.’ Nothing was ever done.”

Outwardly, the royal family has made mental health one of their signature causes. In 2016, Prince William, Kate, and Harry joined forces to launch Heads Together, a campaign to end the stigma surrounding mental health. In 2020, Will and Kate’s foundation donated £1.8 million (the equivalent of nearly $2.5 million) to charities focused on mental health.

She denied those claims and emphasized how committed she and her husband were to serving the queen. “I left my career, my life. I left everything because I love him,” she said. “Our plan was to do this forever.”

Harry Shared A Surprising Opinion About His Life As A Prince

He believes he wouldn’t have been able to end his role as a working royal if he hadn’t met and married Meghan. “I didn’t see a way out,” he said. “I was trapped but I didn’t know I was trapped. Trapped within the system like the rest of my family. My father and my brother are trapped. They don’t get to leave and I have huge compassion for that.”

Oprah asked him to clarify if he would have made the same choices without Meghan by his side. “I wouldn’t have been able to, because I myself was trapped, as well,” he explained.