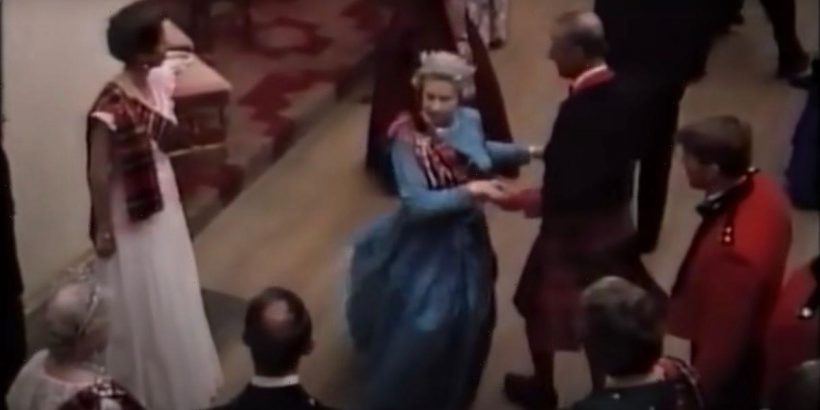 Queen Elizabeth II’s coffin has been placed in the ballroom of Balmoral Castle, a place close to her heart where she once danced as a young princess.

Draped in the Royal Standard, the coffin will remain in Balmoral for two days so household staff can pay their respects, before the Queen begins her final journey back to London.

Balmoral was a favourite home of the queen, whose affection for the Scottish Highlands has been well documented, and the ballroom itself held a special place in her heart.

It’s this very ballroom where she danced at the young age of 12 as a young princess at the Ghillies Ball, an annual dance that is held at Balmoral for the staff.

The Queen enthusiastically attended the Ghillies Ball for years and was known to stay late into the night to celebrate with staff.

The ball has been a tradition since 1852 when Queen Victoria and Prince Albert acquired the Scottish estate. The ball was their way, thanking the staff for their hard work and loyalty to the crown.

The Ghillies Ball remained a tradition for well over a hundred years, until its cancellation in 2020 due to COVID-19.

The ball has not been held again since, with the ballroom having since been used to host art exhibitions.

The Ghillies Ball remained a staple in the late monarch’s calendar, and videos show her enjoying the celebrations with Prince Philip, the Queen Mother and Charles andDianain 1991.

That year part of the ball was filmed as part of a documentary about the Royal Family and their traditions.

The Queen’s body will remain at Balmoral for the next two days before being driven to Edinburgh to be placed at the Palace of Holyroodhouse. It will then remain in Edinburgh for another two days before returning to London for her funeral on September 19th.

Following the Queen’s passing, the nation has entered a period of mourning, and thousands have flocked to Buckingham Palace, Windsor Castle and other royal estates to pay their respects.

At Buckingham Palace a rendition of 'God Save The Queen' rang out among the mourners, followed by cheers of 'Long Live The King'.

While at Windsor Castle, another of the Queen’s favourite homes, mourners were seen laying flowers.