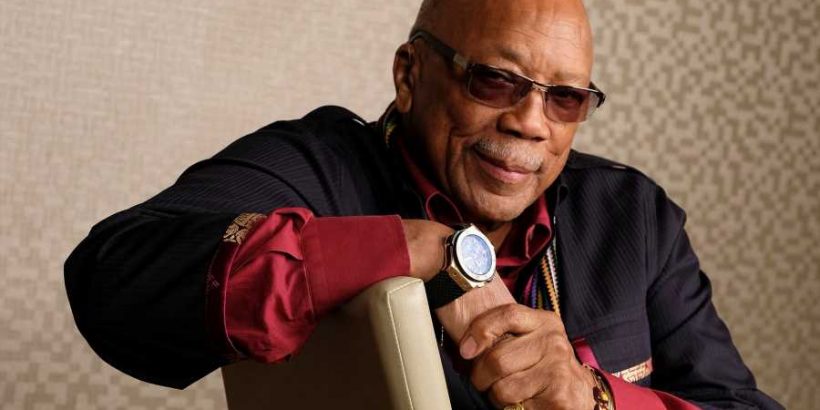 NFTs could reshape the fan experience — that is, if NFT marketplaces were user-friendly and the digital collectibles were actually affordable. Industry insiders tell Rolling Stone that a new marketplace called OneOf has been designed specifically for musicians and music lovers, and that it will announce its plans on Tuesday to better serve fans looking for cheaper NFT options, including children and teenagers.

Quincy Jones, Whitney Houston, Doja Cat, John Legend, TLC, Charlie Puth, Jacob Collier, G-Eazy, Alesso, and other stars have already prepared collections that are expected to drop in tandem with OneOf’s launch sometime in June, according to early press materials reviewed by Rolling Stone. Jones is also a partner and an owner in the company. Adam Fell, Quincy Jones Productions’ president, co-founded OneOf with digital media executive Joshua James and tech entrepreneur Lin Dai, who will also serve as its CEO. The company, which has been in the works for about two years, recently raised $63 million from a seed round; tech investors include 88rising co-founder Jason Ma and Bill Tai, one of the earliest investors in Zoom. (Tai was also an early investor in Dapper Labs, which created CryptoKitties.)

Right now, navigating the most popular NFT platforms — which are often filled with trading-related data and hard-to-parse price tags based on the Ethereum cryptocurrency — is a head-scratcher to say the least. A 12-year-old pop music fan may not know how to download a Metamask wallet to hold their virtual tokens. They probably do know how to borrow mom or dad’s credit card for basic online shopping, though, which is why OneOf will accept credit cards as well as crypto payments, Dai tells Rolling Stone. (YellowHeart also green-lit the use of credit cards when it launched its marketplace earlier this month.)

NFTs are also, for the most part, pretty expensive. For months now, early adopters have made headlines with sales that soar up into the millions — and there are rarely any NFTs that have catered to budget shoppers looking for $10 or $25 options (mainly due to Ethereum’s minting costs, which can run creators as much as $150 per NFT; the NFTs then have to be priced above that cost, in order to turn a profit).

OneOf will not run on the Ethereum blockchain, so its team says the platform will require zero minting costs, which they believe is an “industry-first commitment.” Instead, OneOf will run on the Tezos network. “[The Dapper Labs team] came to the conclusion that Ethereum was just not able to scale and support NFTs,” says Dai. “Dapper was processing so many transactions that they actually slowed down Ethereum to a crawl. [Ethereum] couldn’t process transactions fast enough. But also, because they were processing so many transactions, the cost skyrocketed. So, they spent the next two and a half years building their own blockchain.”

“That is where we think we have something that’s really compelling for artists,” says Fell. “Because we have the ability to not charge the artists minting or gas fees, the artists can sell NFTs at any price. It doesn’t matter if the artist sells one NFT for a million dollars or a million NFTs for a dollar — and the latter is oftentimes much better for some artists, especially artists that are just starting.”

OneOf also believes its relationship with Tezos will win over skeptical celebrities with its more environmentally friendly functionality. “One or two years ago, we ran a calculation and saw that Ethereum’s power consumption was going to be astronomical,” says Dai, who adds that it takes currently two days’ worth of a U.S. household’s power to mint a single NFT. He says he would rather “empower artists in fans in a responsible way.”

How exactly is Tezos different? Dai lays it out pretty simply: “Bitcoin is generation-one blockchain technology,” he says, explaining that its developers were focused intensely on preventing attacks and keeping malicious sources from modifying records. “The proposed idea was to get super technical, specific computers that run on specialized chips that calculate mathematical problems impossible to calculate by regular computers. It’s so hard that it costs a lot. Generation two is basically Ethereum. Ethereum is more programmable, but that makes it a little more prone to attack.” He says that the generation-two idea was also based on computational mathematics, but developers lowered the threshold so that graphics processing units (GPUs) could solve the problems. “It’s more efficient, but now you have thousands or millions of computers or graphic cards trying to mine Ethereum. It still requires computational power as a barrier to verifying transactions,” Dai says.

The third-generation theory has been around for six to eight years. “Pretty much all new blockchains are built on this third group of ideas,” Dai says. “It’s called ‘proof of stake.’ Ethereum and Bitcoin run on ‘proof of work,’ meaning that computers have to work very hard to maintain the network. But computers don’t have to work very hard: The verifiers can stake assets — their blockchain tokens — for the privilege of verifying a transaction. They’re putting up collateral. So, if you misbehave, your collateral gets taken by the network. The bigger the network gets, the more collateral you have to put up, and the more impossible it is to attack. That’s far more efficient. The actual recording and verifying of the transaction takes very little computational power; it’s the mathematical problem that Ethereum and Bitcoin force you to solve before you are allowed to verify a transaction that’s unnecessary. Even Ethereum agreed that ‘proof of stake’ is the future, and they’ve been working on evolving.”

Tezos also uses a unique “liquid proof of stake,” which Dai claims is even more efficient. As a result, Dai says his team’s NFTs require the same amount of energy that it takes to send out a tweet, which he estimates is about two million times less than networks like Ethereum. It’s still not quite green, though, so OneOf is promising to donate five percent of its platform revenue from every sale to either a charity of the artist’s choice or an environmental cause partner. “This is one of the big reasons why Quincy and I got involved,” says Fell. “We knew that there were plenty of artists that wouldn’t adopt the platform unless it was environmentally conscious. This solution got the artists really excited.”

Quincy Jones also got involved because of his connection to entrepreneur and OneOf co-founder Joshua James, who was close to Jones’ brother growing up. Jones’ sister-in-law suggested that Fell and James meet over a decade ago, when Fell had just started working at Quincy Jones Productions. When they finally did, James had some radical ideas and Jones didn’t even know what an NFT was. “These guys were really early on it,” Fell says. “When they told us about the money they’d raised, the environmentally conscious approach they were taking, and the democratization they were pursuing by allowing artists at any level of success to use these NFTs to benefit their careers, we got really excited. That was an easy thing to articulate to Quincy, because he cares deeply about artists and musicians.”

When asked about other players, Fell confirms that there are other music-industry investors behind OneOf but says he can’t reveal their names just yet.

OneOf is also working on a spotlight program for emerging artists. “We’re identifying artists at the early part of their careers that we really believe in,” says Fell. “We’re helping them with things like financial support in the form of advances and marketing support when they decide to release NFTs. It sounds a little bit like a label, except that we don’t own the thing. We’re making these deals extremely flexible.” Barbara Doza and Erick The Architect are first up.

And the OneOf team helps design most of the artists’ NFT drops themselves, rather than serving just as a marketplace. OneOf already has 212 big-name NFT drops locked in for its first 12 months.

Dai says OneOf believes it can do music NFTs and experiential NFTs better than its competitors, most of which have focused on digital art in the last few months. While some of the OneOf drops will include audiovisual components — particularly from musicians who already double as painters and graphic designers — he thinks musicians and visual artists should do what they do best, respectively. “Musical artists are experimenting with dropping art on other platforms [but] we think, ultimately, that’s not what the fans want to collect,” Dai says. “If I had a sound recording of Andy Warhol singing ‘Happy Birthday,’ that’s pretty cool, but it’s not as collectible as his painting of the Campbell’s soup.”