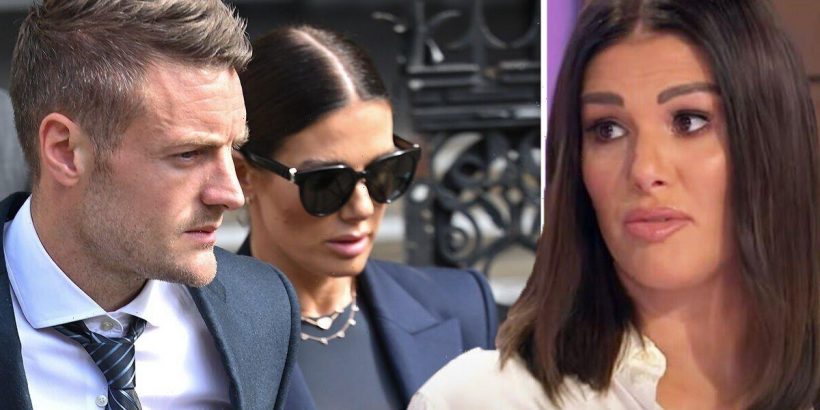 Rebekah Vardy is reportedly preparing to leave her Portuguese holiday home amid the country’s spate of wildfires in the ongoing heatwave. The wife of footballer Jamie Vardy, 35, is said to have been “shaken” by the sight of the fires from her £8 million villa where she is staying with her five children, as her beau remains in Leicester ahead of the season kicking off.

These guys are incredible

The WAG is said to have packed her bags in preparation to return to the UK as water supplies at the luxury resort have been cut off following the wildfires.

A source close to the family has since branded Rebekah’s experience in Portugal “horrifying”, claiming the star’s neighbours have been “evacuated” after being ordered to leave their homes.

Speaking about Rebekah’s experience, the source claimed: “Becky can see smoke everywhere and she’s terrified about the kids breathing it in.”

Since the water supplies were reportedly cut off, they added that the mother-of-five is having to resort to “finite” bottled water. 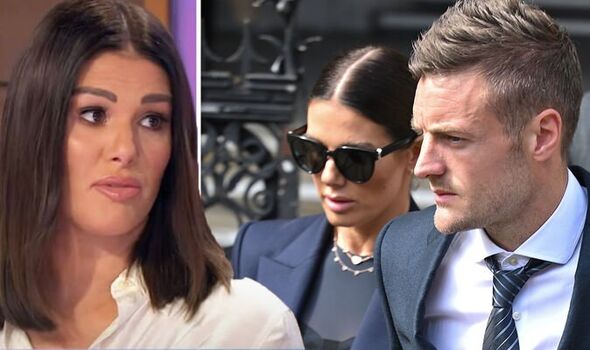 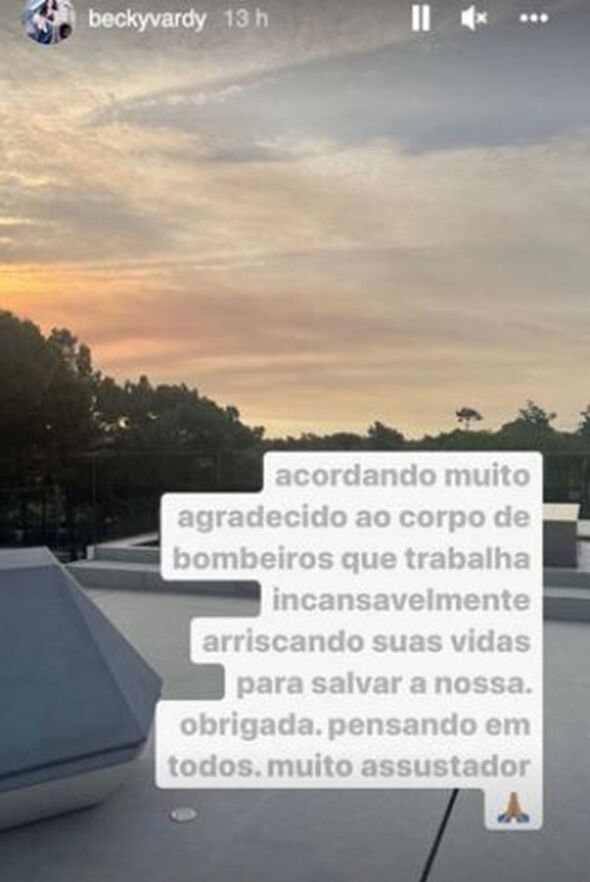 They continue: “Jamie and their friends and family back home have all been really worried.

“Things are developing by the hour but she’s praying the fire brigades, who have been brilliant, can get things back under control,” they finished to The Sun.

The property is believed to boast six bedrooms, three swimming pools, a gym, complete with its own sauna and steam room. 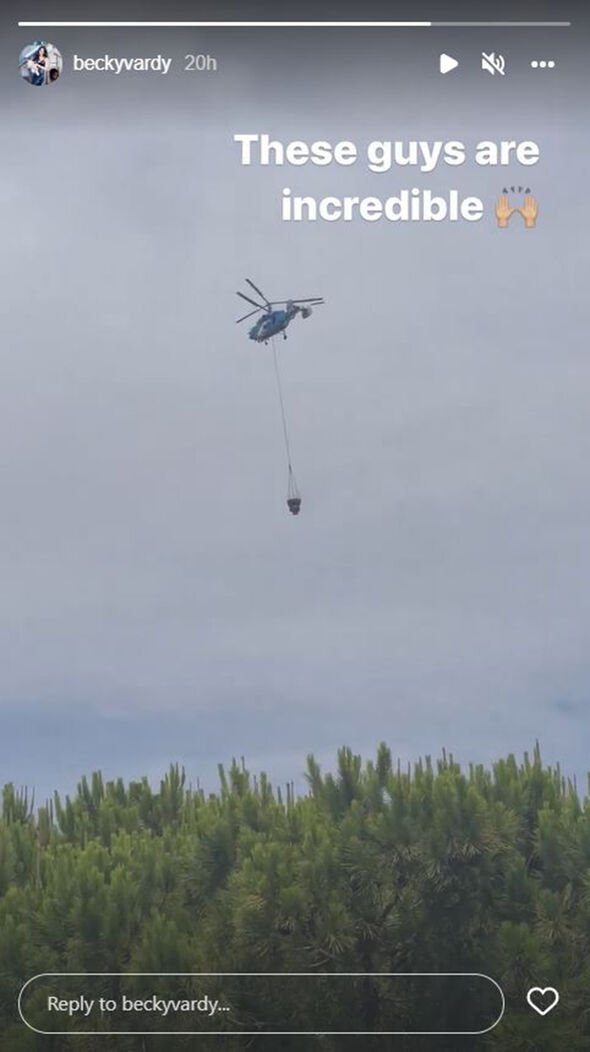 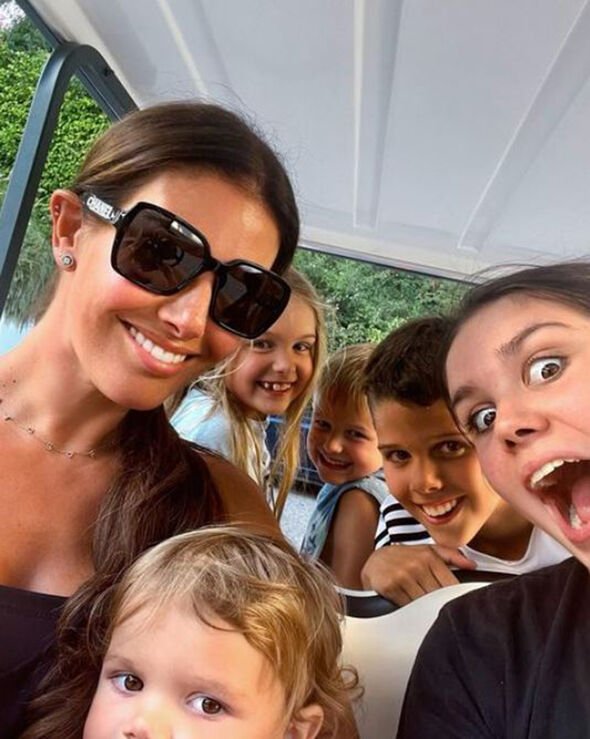 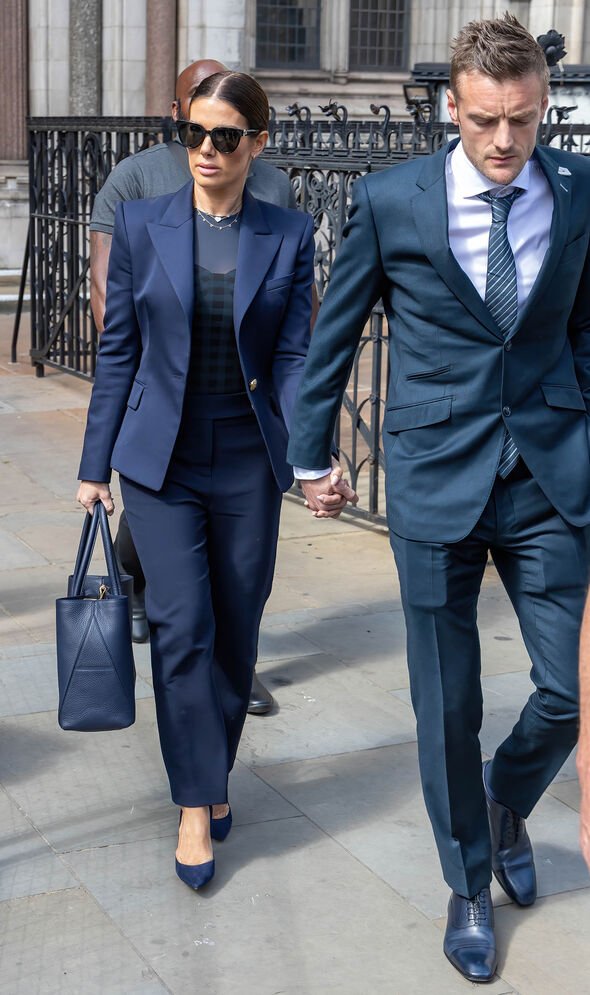 Over a picture of a sunset, she wrote in Portuguese on her story: “Waking up very grateful that they work tirelessly risking their lives to save ours. Thanks. Thought of everyone. Very scary.”

In the next slide, the star showed the tireless efforts of the emergency services to bring a stop to the fires.

Alongside a clip of a helicopter spraying water over the land,Rebekah wrote: “These guys are incredible”.

The Vardy clan aren’t the only celebrities to have been affected by the wildfires in Portugal.

Days ago, Dragon’s Den star Duncan Bannatyne took to Twitter to reveal that he and his wife Nigora had been evacuated from their Algarve home.

The businessman took to Twitter to reveal the extent of the wildfires in a brief clip in view of his 711,400 followers.

The terrifying video depicted a bright orange wildfire making its way along a residential street.

Thick black smoke could be seen billowing from the flames which appeared dangerously near to a white villa.

He also shared a video of multiple fire engines rushing to the wildfires as he was filming from his car, captioning it: “Was a hell of a day in the Algarve today”.

The Dragon’s Den icon revealed that the fire was raging through the popular tourist resort, Vale Do Lobo, but added that “luckily most fires were contained by early evening.”

Express.co.uk has contacted representatives of Rebekah Vardy for comment.