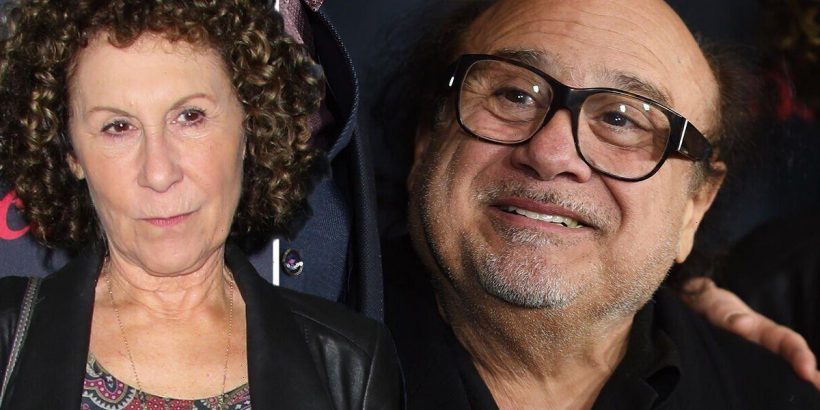 Rhea Perlman has reflected on parting from her husband of 35 years Danny DeVito, admitting that she “sometimes wishes” they hadn’t broken up. In a new interview, the actress, 74, spoke candidly about being in a relationship with her Matilda co-star and their split after 40 years of being together.

The Hollywood power couple announced their final split in 2017 which ended their 35 years of marriage.

Danny and Rhea never divorced but have a close family relationship with their three children, Lucy, 39, Grace, 37, and Jack, 34.

Rhea has now looked back at her time with Danny and while admitting that their relationship “worked out for the best”, explained that she does sometimes miss being in a relationship with him.

However, the star admitted that she was reflecting on their best times together.

Speaking about her ex-beau, Rhea said: “Sometimes I wish we were still together because those were the glory days, but these are other kinds of glory days.

“We’re still separated, but we see each other often, and we’re still a family.

The star added that she and Danny worked hard to be able to remain close.

She went on: “I’m really, really glad that Danny and I were able to navigate some rough days to be able to have this different kind of relationship.

“I think it’s pretty rare, but we agree on so many things that it makes sense,” she told PEOPLE magazine.

Danny and Rhea met in 1971 after the star watched him perform in stage production, The Shrinking Bride.

Two weeks after meeting, the duo moved in together in a whirlwind romance.

The couple starred on screen together, most famously in their roles as Harry and Zinnia Wormwood in the 1996 film adaptation of Roald Dahl’s Matilda.

They also appeared in scenes on sitcom Taxi together and founded the production company Jersey Films in 1992.

Danny and Rhea went on to produce hit films, including Erin Brockovich and Pulp Fiction.

But in 2012 the duo left Hollywood shocked when they announced their decision to split after three decades of marriage.

They went on to reconcile five months later.

However, in 2017 they confirmed that they had once again decided to split.