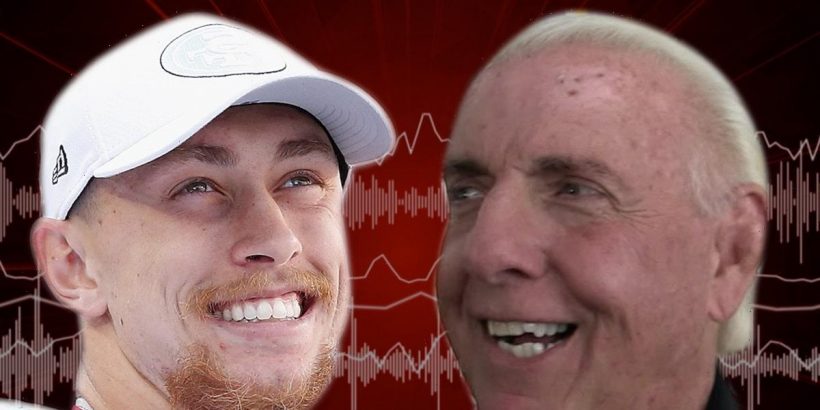 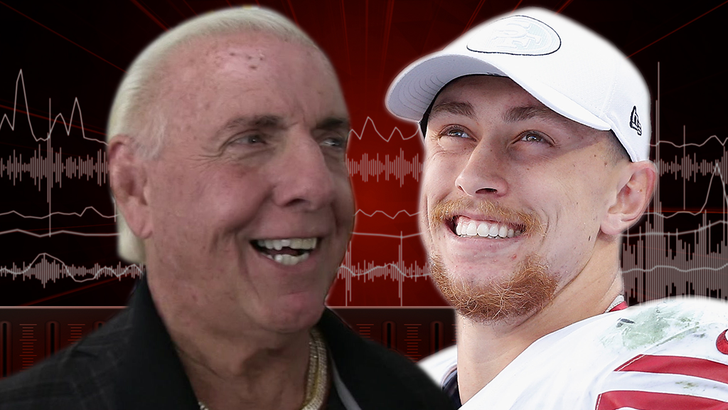 It’s a hilarious moment that all went down during a live radio interview on the Bay Area’s 95.7 The Game … when the hosts brought in Flair to surprise Kittle, who happens to be a massive WWE fan.

Kittle was rendered speechless — which is saying a lot for him … ultimately saying he couldn’t believe he was on the phone with one of the all-time great pro wrestlers!

Flair was so impressed with Kittle’s new 5-year, $75 million contract extension with the SF 49ers … he offered up some financial advice to the 26-year-old.

“Listen, stay married. That $15 million could go real fast if you get divorced!”

Flair was referring to Kittle’s $18 mil signing bonus — but fudged the numbers. It’s fine. You get the point.

And, there’s only one way to end this post: WOOOOOOOOOOOOOO!!!!