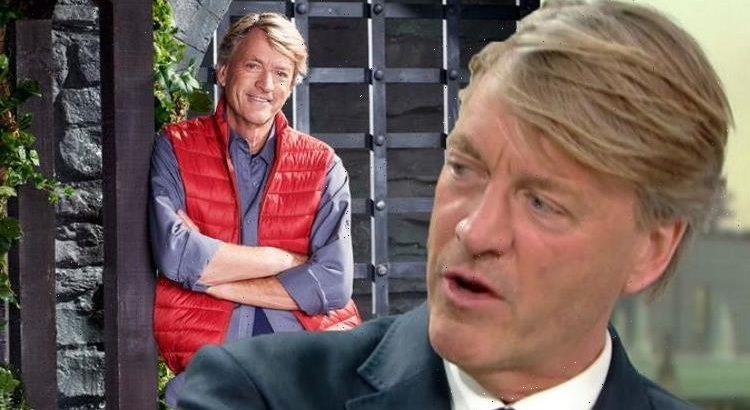 I’m A Celeb: Richard Madeley on being in quarantine

Richard Madeley, 65, has revealed he and Judy Finnigan, 73, were once visited by a ghost whilst they were in bed. Richard is currently gearing up to enter Gwrych Castle in North Wales for I’m A Celebrity… Get me Out of Here.

It was such a shock.

The Good Morning Britain presenter said: “I could see what I thought was Judy sitting with her back to me on her side of the bed as if she was about to go to the loo or something – but she didn’t move.

“I couldn’t move my hand across the mattress.

“And so there was a hunched figure sitting on the far side of the bed. And it was such a shock I made a strange inarticulate noise,” he told The Mail Online.

Richard claimed the noise he made shocked the ghost, who “stood up with ridiculous speed and shot across the room”.

He will be hitting screens from tomorrow, November 21, in I’m a Celebrity, set once again at Gwrych Castle.

Ahead of entering the camp, Richard said: “I love watching I’m a Celebrity, Judy and I both adore the show, so interesting and funny.

“But when I watch it, and occasionally from time to time, I won’t name any names, you see a ‘celebrity’ who clearly doesn’t want to be there and they get themselves into a terrible state.

The 65-year-old added: “I’m sure they’ll be nobody there this time like that but I can never understand celebrities who from the moment they arrive start complaining because it’s meant to be a challenge.”

Despite hitting out at celebrities who have protested about taking part in challenges, Richard opened up about his greatest fear which could be an issue.

The veteran presenter revealed his biggest worry on the show will be any trial that involves heights as it is one of his major phobias.

The star also admitted he will miss his wife while competing on the show, revealing it will be the longest time the pair will have spent apart from each other.

He said: “I’ll miss her a huge amount.

“I spend every day of my life with her, I’m working with her or in the house, so I’m already feeling strangely kind of dislocated. She’s my right arm, and she’s not here.”

The couple, who had their own chat show titled Richard And Judy for many years, have been married since 1986 and are due to celebrate their 35th anniversary on Sunday when the next series lands on ITV.

I’m a Celebrity is returning to Wales for a second year due to ongoing coronavirus travel restrictions, preventing filming at its usual location in the Australian jungle.

Appearing on Good Morning Britain via a recorded video earlier this week Richard revealed he’d been isolating for 10 days in a cottage near the castle ruins.

I’m A Celebrity… Get Me Out Of Here! starts tomorrow night at 9pm on ITV.